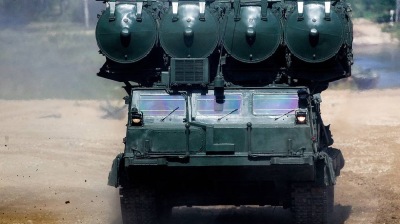 Since 2002 the US has pulled out of several Cold War security deals. Now Putin wants to bring them back / wiki
By Ben Aris in Berlin January 28, 2021

Having bagged a renewal of the START nuclear missile treaty during the first conversation between Russian President Vladimir Putin and US President Joe Biden, the Kremlin has moved quickly on to try to bring back some of the other lapsed Cold War security deals.

Moscow will revive proposals for establishing a moratorium on the deployment of intermediate and shorter-range missiles after Biden has formed his foreign police and arms control issue teams, Russia’s Deputy Foreign Minister Sergey Ryabkov told the media on January 27.

"When Washington is finished with the process of forming its new team in charge of national security issues, including arms control, we will resume our proposals, of course, bring them to the fore again and call for a meaningful dialogue. Not through microphones, not by means of exchanging comments in public, but in a normal fashion at the negotiating table," Ryabkov said in reply to a TASS question.

Previously there was a Cold War-era Intermediate-Range Nuclear Forces Treaty (INS) that was signed between Soviet President Mikhail Gorbachev and US President Roland Regan in 1987 that limits the deployment of medium-range missiles in Europe. However, the Trump administration unilaterally withdrew from that treaty in August 2019, despite Moscow’s protestations.

"I do not believe that the INF Treaty can be restored to its original shape that lasted for 30 years. Generally speaking, it is from a different era, and it is gone, never to return. We are to look forward. Nobody except us has put forward any ideas yet as to what is to be done in the interests of maintaining at least the minimum level of predictability for the sake of enhancing security. The way I see it, the Western counterparts either do not understand or deliberately distort President Vladimir Putin’s proposals for reciprocal moratoriums," Ryabkov said.

The Kremlin has been extremely critical of the US’ decision to nix these old treaties. The first and most significant was Washington’s decision to withdraw from the Anti-Ballistic Missile Treaty (ABM) in 2002 that limits the number and deployment of short-range missiles on the borders of each country.

That opened the way to the US-led “missile shield” in Europe to protect against “rogue nation” attacks. The rogues named were North Korea and Iran, but the missiles were deployed along Russia’s border in Poland and Romania. When Moscow offered to help and provide bases closer to North Korea and Iran for the shield Washington politely ignored these offers. 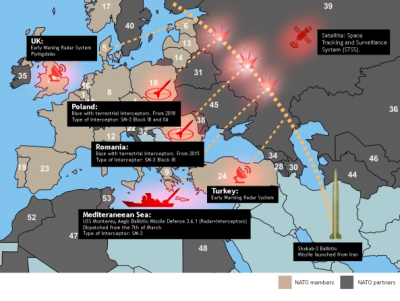 Arguably George Bush’s decision to pull out of the ABM missile deal is what launched the beginnings of a new low-watt arms race and the renewed militarisation of Russia’s defences. It also destabilised relations been Russia and Moscow and led directly to Putin’s now famous Munich Security Conference speech in 2007, where Putin warned Russia would react if it continued to be provoked by NATO expansion eastwards.

Most recently, Trump ordered the US out of the Open Skies treaty that allows for inspections of each other's territories in order to prevent the build-up of offensive weapons going undetected, which again Moscow has objected to.

As bne IntelliNews speculated, Biden’s rapid acceptance of a START III deal could be the beginnings of a new US attitude to the Cold War security infrastructure and would give the Kremlin a basis to start serious negotiations on international co-operation and defuse tensions. In a sign of the Kremlin’s commitment to the need for a new security deal with the West, the law to ratify START III was submitted to both houses of parliament in less than 24 hours and ratified by both bodies by the end of the day.

Putin called for exactly these things in his address to Davos delegates during his World Economic Forum speech on January 27, in what bne IntelliNews reported was a conciliatory speech.

Taken all together and it appears that the Kremlin will push hard for engagement with the White House on new security deals between the two powers. What the reception from the Biden administration will be is still impossible to judge.