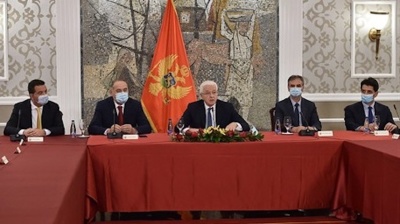 Tensions between Bosnia & Herzegovina, Montenegro and Serbia escalated on May 26 after the government in Podgorica announced it is opening its borders for several countries, but did not include its two neighbours in the list.

A day earlier, Montenegro announced it is a coronavirus-free country and said it is considering opening its borders for several countries where the spread of coronavirus seems to be contained, including Albania, Austria, Croatia, the Czech Republic, Germany, Greece, Hungary, Poland and Slovenia. Prime Minister Dusko Markovic has indicated that the country might open its borders for other countries in the region too.

The government decided that borders will be opened for countries where there are no more than 25 infections per 100,000 people.

However, Bosnia and Serbia reacted negatively to this decision, suggesting it might have been based on politics. This reaction comes as tensions between Serbia and Montenegro have risen in the last few weeks over the arrest of dozens of people who protested against the detention of several Serbian Orthodox priests who held a religious procession in Montenegro despite the ban on public gatherings.

Serbian President Aleksandar Vucic has said his country will protect Serbs in Montenegro who, according to him, are threatened by the possible formation of an independent Orthodox church.

On May 26, Serbia’s Prime Minister Ana Brnabic urged Serbians not to travel to Montenegro but also said Serbia will not close its borders to Montenegrins. She too suggested that the coronavirus was not the reason behind Podgorica’s decision.

“We shall not prevent ordinary Montenegrin citizens from visiting Serbia but we shall strongly and severely prevent the entry of members of Montenegrin clans who have been terrorising our citizens for decades,” Brnabic was quoted as saying in a statement on the government’s website.

Serbia’s Construction, Transport and Infrastructure Minister Zorana Mihajlovic also reacted, saying the decision by Montenegro contradicts the principles of freedom of movement of the EU.

“Montenegro is more advanced than Serbia and some other countries in the region in the process of European integration and should be an example for the others. Instead, it is making artificially new barriers between people,” she said in a statement.

The Serb member of Bosnia’s tripartite presidency, Milorad Dodik, also reacted, claiming the decision was an attempt by Podgorica to resolve political issues within the country. Dodik claims that Montenegro has shown with this decision its negative attitude towards the Serbian Orthodox Church and that the government hopes to deal with this issue more easily if its borders are closed to Serbia and Bosnia.

Meanwhile, Montenegro’s ambassador to Serbia, Tarzan Milosevic, said as quoted by N1 that there is no final decision on the opening of borders and expressed hopes that good communication between Podgorica and Belgrade on the re-opening of borders will be established soon.