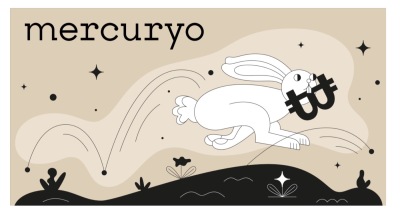 Mercuryo.io, a Russian-founded startup based in Estonia, announced in the first week of September the completion of its first round of funding, having received €2.5mn from Target Global
By bne IntelliNews September 15, 2020

Mercuryo.io, a Russian-founded startup based in Estonia, announced in the first week of September the completion of its first round of funding, having received €2.5mn from Target Global, reports East-West Digital News (EWDN).

Mercuryo.io has built a cross-border cryptocurrency payment network for businesses – allowing for transactions from and to anywhere in the world. This infrastructure offers solutions for virtual accounts, business payments, remittance processing and mass payouts “regardless of local payment methods and currencies.”

“As a relatively new asset class just gaining traction, cryptocurrencies require a secure payment infrastructure,” said Target Global co-founder and general partner Mike Lobanov. “As Stripe and Adyen once became a new standard of card payments, we believe Mercuryo can disrupt the crypto payment industry. We are excited to become their supporter at the early stage.” The startup claims a twenty-fold transaction volume growth in the last six months – without disclosing, however, the absolute numbers.

“We are becoming more and more popular due to our clear policy, transaction speed and transparent fees. This is probably the reason why we have reached more than 200,000 users,” stated Mercuryo.io co-founder and CBDO Petr Kozyakov.

Based in Berlin, Target Global is a major international VC firm with €800mn under management. Among its portfolio companies are Rapyd (fiat alternative payments infrastructure), Copper and Cryptofacilities (institutional crypto infrastructure). In late August the fund also announced a $1mn investment in Dengi Vpered, a Russian analog of US DailyPay.

During the first eight months of this year, the average ticket on AliExpress Russia almost doubled from the previous year to RUB1,500 ($20-$23)