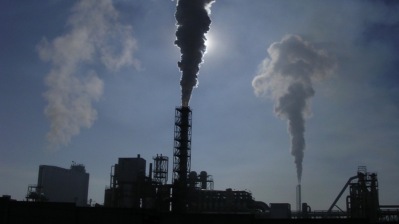 The Slovenian government adopted an initiative to withdraw from the Energy Charter Treaty at a regular session on November 10.

Slovenia joins several other EU countries that have withdrawn from the treaty that enables foreign investors to claim compensation when governments introduce policy changes or laws that affect their profitability.

A government statement said the commitments contained in the treaty are “outdated” and impede its climate goals.

“After three decades of its existence, the said charter is one of the key obstacles to an effective environmental-climate and responsible energy policy,” the statement said.

“Over the years, [treaty] began to lose its importance. The enlargement of the EU and further European integration have enabled new, in-depth opportunities for investment cooperation in the field of energy and the provision of legal security for actors in the energy sector. It also developed state aid rules, environmental standards, financial mechanisms, investment law, as well as legislation in the field of competition protection,” it added.

The initiative will be submitted to Slovenia’s parliament, which will have the final say.

Slovenia’s government which came to power in May, is headed by Robert Golob, leader of the green-left Freedom Movement.

Among the priorities of his government, also backed by the Social Democrats (SD) and the Left, are the green transition and the creation of conditions for a sustainable economic and social model.

French President Emmanuel Macron announced in October that France would quit the treaty, saying the move was in line with the Paris Agreement on climate change.

Environmental NGOs have strongly criticised the treaty. ClientEarth wrote in September that the treaty "hamstrings governments’ ability to make climate policy”, including “when critical action is taken to protect our planet, like coal phase-outs, bans on offshore drilling, or fracking restrictions."