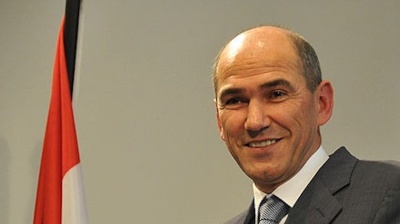 By Valentina Dimitrievska in Skopje May 27, 2021

Slovenia’s parliament rejected the impeachment motion against PM Janez Jansa filed by the opposition parties in a vote late on May 26.

The vote confirms Jansa in his position just over a month before Slovenia will take over the rotating presidency of the EU Council for the second half of 2021.

The motion was filed by the opposition List of Marjan Sarec (LMS), Social Democrats (SD), Left and the Alenka Bratusek Party (SAB) at the beginning of April. The opposition accused PM Jansa and his government of breaking laws and trampling on the country's democratic foundations, including through pressure on the media and suspension of news agency STA's financing.

42 MPs voted in favour of the motion and 44 were against after nearly ten hours of debate, STA reported. The impeachment to be successful required 46 votes in the 90-seat parliament. If supported, the motion would have been referred to the Constitutional Court.

Before the vote, Jansa told the parliament that Slovenia was not heading for a disaster as claimed by the opposition, but for "very optimistic times". He believes that Slovenia could be back to the pre-crisis level in record time and faster than the EU on average, STA reported.

Jansa came to the parliament in the afternoon and commented on the opposition's motion accusation that there were "so many absurd things in the proposal that it doesn't even make sense to answer enything". He left the session immediately after his address, which upset some opposition MPs. He was also accused of failing to respond to a single allegation in the constitutional impeachment motion and that his address was a "political pamphlet".

The vote was initially scheduled for May 17, but was rescheduled as the MPs failed to adopt the agenda for that day. The opposition and the independent MPs argued that the vote on the agenda showed that Jansa's government no longer had a majority in parliament and it was time to call a snap election.

When they filed the motion in April, the opposition parties accused Jansa of violating several articles of the constitution and laws related to healthcare, media, prosecution and human and constitutional rights. The parties claimed that the health ministry failed to order additional 900,000 doses of Pfizer and Moderna vaccines in December 2020, presuming the cheaper AstraZeneca jabs would have become available in the meantime. AstraZeneca later supplied less than planned.

Responding in a tweet when the motion was filed, Jansa called the motion another “pathetic move” aimed at discrediting the government during the pandemic.

On May 28, the parliament will vote on dismissal of parliament speaker Igor Zorcic, who comes from the opposition ranks.

BOOK REVIEW: How the handling of migration from the eastern EU states pushed the UK towards Brexit

EBRD expects 30% GDP contraction in Ukraine in 2022, lowers emerging Europe projections
Where the 11 Southeast European states stand on the Ukraine war
BOOK REVIEW: How the handling of migration from the eastern EU states pushed the UK towards Brexit

Kyrgyzstan: Eccentric health minister fights for his job amid claims of corruption and bullying
17 minutes ago
Azov commanders have remained behind in the Mariupol steelworks to continue the fight
1 hour ago
Russia hopes Chinese carmakers will help revive Moskvitch brand
1 hour ago
Russia may leave the WTO and WHO. In practice, it never really joined
1 hour ago
UN special rapporteur issues damning indictment on human cost of sanctions in Iran
6 hours ago