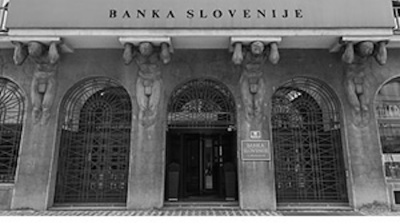 Slovenia’s central bank said on October 9 it will impose tighter measures to restrict the “excessive growth” of retail lending, which now exceeds 10%, starting from November.

The Bank of Slovenia warned that there are huge deviations from the recommendations mainly in two areas, the ratio between the debt costs to the borrower's income and the average maturity of consumer loans, which in some cases exceeds 12 years.

“Year-on-year growth in consumer loans remains high, exceeding 10%, while the average amount of consumer loans is rising. According to recent data, consumer credit growth was 11.7% year-on-year in August, with a volume of €2.9bn, which is fast approaching pre-crisis levels,” the bank said in a statement.

Meanwhile, the average maturity of newly approved consumer loans has been creeping up in recent years, from 5.6 years at the end of 2015, to seven years by August this year. The volume of consumer loans whose maturity exceeds 10 years is also rapidly increasing, said the Bank of Slovenia.

All in all, almost a quarter of all consumer loans granted deviated from the Bank of Slovenia's recommendations, according to the statement.

“Such developments are of particular concern in the context of a slowdown in economic activity, which is also reflected in the labour market. The Bank of Slovenia and other institutions also point out the great risks that could worsen the economic picture in the future,” said the central bank.

“That is why the Bank of Slovenia decided to turn the recommendation into a binding instrument.”

According to the new measures, the ratio of the annual debt cost to the annual net income of the borrower (DST) may not exceed 67%. The borrower must remain in the net minimum wage after servicing the debt. Consumer loans may be provided for up to seven years. The restriction will also apply to consumer real estate loans.

Slovenia is still working out the legacy of the last banking crisis, in which the government intervened at the end of 2013, taking stakes in major banks. The government completed its privatisation of the country’s largest bank, Nova Ljubljanska Banka (NLB) in June after selling most of its stake in an IPO last year. Also in June, Slovenian Sovereign Holding, which handles privatisations, announced the sale of Slovenia's third largest bank, Abanka to local peer Nova KBM which is owned by US fund Apollo