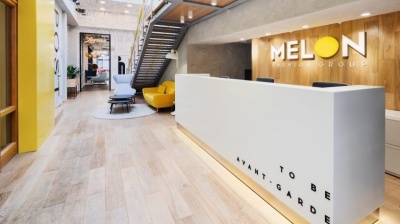 Russian investment conglomerate AFK Sistema has agreed to buy a 47.7% stake in Melon Fashion Group JSC for RUB15.8bn, according to a press release on Sistema’s website. The stake will be purchased from Swedish Eastnine and East Capital Holding AB, as well as from a group of individual investors.

Sistema says that it will finance the transaction, which is due to be completed by the end of 2022, using a combination of its own and borrowed funds.

Melon Fashion Group (MFG) owns a portfolio of Russian clothing brands including Zarina, befree, Love Republic and Sela. The company, was founded in 2005, now operates in 181 cities in Russia and the CIS, with over 845 stores.

“Melon Fashion Group is growing fast and demonstrating operational excellence. The transaction is entirely in line with our investment strategy, which is focused on consolidating high-quality assets as well as leveraging opportunities arising from the ongoing market transformation,” said Sistema president Tagir Sitdekov.

In 2021, MFG reported that revenue was up 49% year on year at RUB37.5bn as online sales surged. A relatively fragmented Russian apparel market has given leaders extra room for growth, and the group was reportedly eyeing an IPO last year.

“Given the possible interest of other shareholders in the sale of their stakes, we are ready to consider the possibility of further buyouts,” Sistema’s press service told bne IntelliNews.

“We greatly appreciate the company’s development strategy and have huge respect for the management of MFG. MFG has one of the most professional teams in the retail market, under whose leadership the company has demonstrated impressive dynamics of operational and financial performance over the years,” the press service added.

The deal makes Sistema MFG’s biggest shareholder. The other major shareholders are founder David Kellermann (40%) and CEO Mikhail Urzhumtsev (6%). The remaining stake is owned by a group of private minority investors.

AFK Sistema is a holding company with interests in sectors which include telecommunications, agriculture, financial services and e-commerce. Total assets were valued at RUB1.8 trillion in 2021.

Sistema also has extensive experience in retail, having bought children’s goods retailer Detsky Mir when it was only a single outlet. Detsky Mir went public in 2017, bringing Sistema more than RUB60bn to date in share placements and dividends.