Serbia’s Delta aims to create Amazon of the Western Balkans 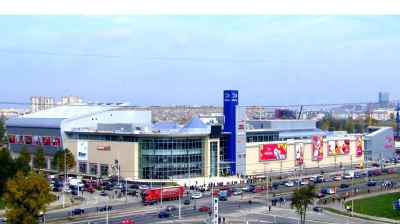 The Delta City mall in Belgrade. The holding company is now branching out into e-commerce.
By bne IntelliNews February 4, 2021

Serbia’s Delta Holding has announced plans to launch Ananas, a regional platform for online commerce. Initially targeting the Serbian market, Ananas will later be expanded to other markets of former Yugoslavia as well as Albania.

Delta’s main activity is real estate, but 2021 will mark “the company’s entry into a completely new business — online shopping,” it said in a press release. This will be part of its investment cycle over the coming years, amounting to around €500mn, with €100mn to be directed at the Ananas platform over the next five years.

The launch of the Ananas e-commerce platform is planned for the first half of 2021, and according to Delta “will be distinguished by an extremely large assortment of goods, cooperation with the largest suppliers, but also a completely new user experience”.

"With the financial strength and investment experience that Delta has, we are convinced that we can create a regional giant in online trade. Pineapple will offer customers something they are not used to in domestic trade, and which only the biggest global retailers like Amazon or AliExpress have. At the very beginning, we will cover the Serbian market, but with the intention of being present in the markets of the former Yugoslavia very soon, plus Albania,” said Marija Desivojevic Cvetkovic, Delta's vice president for strategy and development.

"The increase in operating profit before taxes and depreciation, ebitda, confirms that the company is operating successfully, that is, that it had extremely good management in a situation that seriously shook the entire world economy," said Milka Vojvodic, Delta Holding’s vice president for economy and finance.