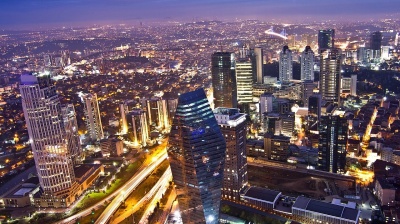 S&P Global Ratings said on June 23 that it forecasts problematic loans at Turkish banks will grow to more than 20% by 2021.

Turkey at the end of May officially had a relatively low level of reported non-performing loans (NPLs) of 4.6%, although the authorities have this year moved to provide more generous definitions of what is and what is not an NPL, while there has been a surge of lending which it is too early to place under the microscope.

With Turkey according to most analysts likely to this year enter its second recession in two years and struggling to defend the Turkish lira from too much depreciation, S&P turned its attention to difficulties facing Turkish banks such as high corporate sector indebtedness in Turkey compared to other emerging markets.

It said: “Risks are further exacerbated by some specific characteristics... namely, the accelerated lending through the [state’s] Credit Guarantee Fund (CGF), and more recently via state banks, as well as the high proportion of foreign currency lending.” Foreign currency lending in Turkey stood at almost 37% of gross loans, the rating agency noted.

Earlier on June 23, Turkish Finance Minister Berat Albayrak reiterated previous calls to the banks to speed up the restructuring of loans. The government, he said, would support the formation of an asset management company to take on loans of problematic companies from all lenders.

The ratings agency also said that it classified Turkey’s banking sector in its assessment framework in the same group as Azerbaijan, Egypt, Kazakhstan, Greece, Bangladesh and Argentina. It took a swipe at the checks and balances within the Turkish institutional system, describing them as weak. Questions remained about the quality of regulation and the perceived independence of the watchdog and the central bank, it said.