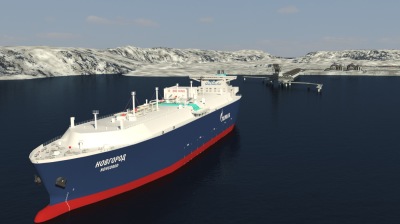 The competition to build the atomic icebreaker fleet that will open up Russia’s northern route from Europe to Asia is fierce. Global warming has made taking a shortcut around the top of Russia possible, but the icy water is only navigable for one month a year. Russia already has three nuclear powered icebreaker needed to keep the route open but two shipyards are vying to capture this lucrative business.

Russia's Zvezda shipyard, controlled by state holding company RosNefteGaz, lost an order for two new atomic icebreakers worth RUB100bn ($1.5bn) this month. Zvezda was pipped to the post by the United Shipbuilding Corporation (OSK) as the only other bidder and won the lucrative order, Vedomosti daily reported on August 7 citing an announcement by the Rosatom state atomic energy agency.

The two ships are the fourth and the fifth atomic icebreakers to be build, and are the most expensive non-military vessels to ever be built in Russia. The ships are schedule to be ready by 2024 and 2026, with RUB45bn of the construction costs being financed by the state budget.

Zvezda is controlled by RosNefteGaz, a state holding that also holds the government stake in oil major Rosneft and is headed by Russia’s “Oil Tsar" Igor Sechin, who is also the CEO of Rosneft.

As Russia gears up to develop the Arctic maritime Northern Sea route as well as its burgeoning liquid natural gas (LNG) business that also requires large technically advanced ships for transport, Zvezda has emerged as the largest shipyard in Russia, after RUB202bn of investment and it has been eyeing generous state support.

Sechin has repeatedly used the investment in Zvezda as an excuse to accumulating funds in RosNefteGaz and dodge the Ministry of Finance order that all state-owned enterprises (SOEs) payout 50% of their profits as dividends.

However, Zvezda is still lagging behind OSK in terms of know-how and technology and could not participate in the tender to build the two atomic icebreakers due to insufficient licensing. OSK has already built the three other atomic icebreakers Arktika, Sibir and Ural that were launched in 2013, 2015, and 2016, respectively.

Sources told Vedomosti that Zvezda is still poised to build Russia's largest $16bn icebreaker, Leader. As reported by bne IntelliNews, the state has also agreed to subsidise the construction of 15 LNG tankers for Novatek gas major at Zvezda.