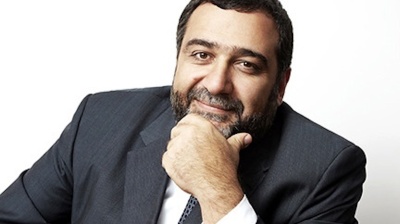 Russia Troika Dialog of Ruben Vardanyan has been implicated in organising an international money laundering ring
By bne IntelliNews March 6, 2019

The first investment bank in Russia Troika Dialog of Ruben Vardanian has been implicated in organising an international money laundering ring in the investigation of the  Organized Crime and Corruption Reporting Project (OCCRP) published by Meduza, the Guardian and Suddeutsche Zeitung.

Troika Dialog was acquired by Russia's largest bank Sberbank in 2011 for $1bn at a time when all Russia’s privately owned investment banks were on the wane and has distanced itself from the investigation, while Vardanian himself commented that Troika acted "within the rules of the global financial market at the time."

The “Troika Laundromat” investigation claims that the bank siphoned over $4.6bn in the period of 2006-2013 through over 70 offshore companies with accounts in Lithuania by creating a "melting pot" of clean and grey funds and shuffling those around until their origins would become indistinguishable.

The report features major Russian companies such as Sheremetyevo airport, Rosgosstrakh insurer, the infamous Hermitage Fund, close friend of the President Vladimir Putin musician Sergei Rodulgin that was implicated in the infamous Panama Papers, and the international elite such as Prince Charles.

Despite the accusations, the fallout from Troika investigation is unlikely to have any impact or resonate in far-reaching debate. The first reactions to the investigation in Russian press and the investment banking community echo that of Vardanian himself.

Vardanian remains a highly respected member of Russia’s business community and has been a member of the liberal reform fraction, sponsoring academic research in the early 90s into how best to transform Russia’s economy that formed the basis of the so-called Gref Plan – Russia’s first attempt at systematic liberal reform.

Since leaving banking Vardanian has involved himself in numerous philanthropic enterprises involving education, which he described in an exclusive bne IntelliNews interview “The quiet thunder of Ruben Vardanian.” And he is a big donor to his native Armenia where he supported numerous charitable projects.

International Ice Hockey Federation (IIHF) has stripped Belarus of the right to hold the World Championship this year
5 hours ago
Russian opposition activist Navalny calls for supporters to take to the streets this weekend
16 hours ago
Armenia ‘to extend life of its 1970s Metsamor nuclear power plant after 2026’
12 hours ago
Turkcell denies any affiliation with $1.6bn loan in default extended by Ziraat Bank to Virgin Islands company
2 days ago
Bulgaria’s government considers gradual easing of COVID-related restrictions
22 hours ago