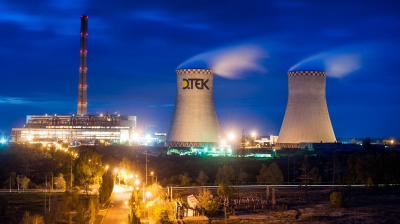 More than half of Ukraine’s energy facilities have been damaged after massive Russian strikes over the weekend, Ukraine Business News reported on October 24.

Russia’s tactic of destroying Ukraine's energy infrastructure began on October 10 and has resulted in billions of dollars in damages and fears of additional deaths as winter draws closer. Last week, Ukrainian President Volodymyr Zelenskiy said 30% of infrastructure had been damaged but this jumped to at least 50% on October 22 after heavy strikes on Western Ukraine cut off electricity to 1.4mn households, the Kyiv Independent reported.

Across the country, millions of citizens have been forced to limit their energy usage after the weekend strikes. Energy restrictions have been implemented in Kyiv, Chernihiv, Cherkasy, Zhytomyr, Sumy, Kharkiv, Poltava, Dnipropetrovsk, Zaporizhzhia and Kirovohrad regions, New Voice of Ukraine reported.

“The consumer restrictions are necessary to reduce the load on the networks and avoid repeated accidents after the power grids were damaged by terrorist missile attacks,” Ukrenergo, Ukraine’s state-run energy company, stated. “We ask consumers to consume electricity sparingly throughout the day and especially during the peak hours of consumption – from 6:00 a.m. to 11:00 a.m. and from 5:00 p.m. to 11:00 p.m.”

Ukraine’s renewable energy sector is also a victim of Russia’s aggression, the Kyiv Independent reported. According to Ukraine’s Energy Minister Herman Halushchenko, 90% of Ukraine’s wind power and 50% of solar energy has been destroyed, with the majority of facilities in South Ukraine. Pre-war, renewable energy contributed to 10-11% of Ukraine’s energy requirements.

Overall, the recent attacks have caused Ukraine to lose 4 GW of generating capacity, with both new and old targets hit, although not all of the hit facilities are out of operation. In response, Prime Minister Denys Shmyhal warned that if the attacks against facilities continue, Ukraine may see another surge of refugees fleeing the country.

"If there is no more power, electricity and water in Ukraine, it may trigger a new migration tsunami," he said in an interview with the German newspaper Frankfurter Allgemeine Sonntagszeitung. Russia wants to “give Ukraine a cold winter, during which people could literally freeze to death. This could lead to a planned humanitarian disaster, the likes of which Europe has not seen since World War II.”

It is likely that the Kremlin believes another refugee crisis in Europe will put additional pressure on Western governments, on top of the fuel crisis and potential civil unrest in response to increased living costs. The welcoming attitude Europeans originally had for Ukrainian refugees is starting to erode and Kyiv may soon lose the support of the European population, with increasing calls from prominent figures for Ukraine to cede some of its occupied territories in exchange for peace.

However, Ukraine does have options. A potential lifeline is for Ukraine to import electricity from the EU, according to Halushchenko. DTEK, Ukraine’s largest private investor in the energy sector, mentioned earlier this month that Ukraine has discussed expanding its capacity to import up to 1,000 MW from the bloc if needed and traders are currently in negotiations with suppliers.

Ukraine initially had an electricity surplus and was exporting to Europe. However, the attacks on October 10 halted exports. "Stopping exports is a forced thing. It was economically beneficial for us, because there was a big difference in price. The issue was also political. Because by consuming Ukrainian electricity, the EU countries saved on Russian gas and coal," Halushchenko said, according to Ukrinform.

Moreover, Ukraine recently announced it has over 14bn cubic metres of gas in its storage. “This is absolutely enough to sustainably get through this winter,” Shymhal said on October 22.

Nevertheless, this winter will be one of the hardest for Ukraine and Shymhal is urging families to stock up on war clothes, candles, torches and batteries in preparation for energy blackouts. “This is important to prepare in case light or heat disappears due to massive rocket attacks," he said.