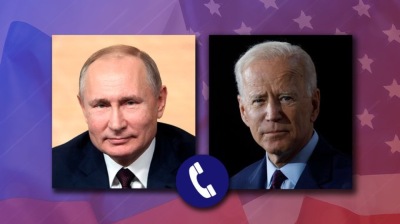 The Russian Foreign Ministry said that the paperwork to extend the treaty that expires on February 5 would be transferred “within hours.”

The START Treaty was signed by presidents of Russia and the United States, Dmitry Medvedev and Barack Obama on April 8, 2010 in Prague. It came into force in February 2011 and is valid for ten years.

Biden does not have to seek ratification of the new treaty by Congress, but Putin does have to ask the Duma to ratify it with a new federal law. Putin has already sent that law to the Duma and it is expected to be heard and passed next week, before the February 5 deadline.

The deal is a victory for both sides. The news START III treaty limits the deployment and number of nuclear missiles both countries can have. It is a major piece of Cold War security infrastructure. If the treaty had expired then that could have sparked a new arms race, which neither side want to engage in at the moment.

The deal is an early foreign policy victory for Biden, who has just taken over from Donald Trump as president. It also signals a new direction in US policy, which has over the last two decades unilaterally withdrawn from a number of Cold War-era weapon’s treaties.

Russia was incensed when Washington withdraw from the Anti-Ballistic Missile Treaty (ABM) in 2002 that governs the deployment of short-range missiles. That provoked Putin into giving his now famous Munich Security Conference speech in 2007 and then following through by modernising the army beginning in 2012.

Former president Trump unilaterally withdrew from the Intermediate-Range Nuclear Forces Treaty (INF) deal in August 2019, which bans missiles with ranges between 500 and 5,500 km.

And most recently the US has withdrawn from the Open Skies treaty that allows overflights in each other’s airspace to monitor the development and deployment of nuclear weapons installations and so gives reassurances that neither side is building up their nuclear offensive capabilities.

While one swallow does not make a summer, Biden's decision to extend START II is an aberration from the US policy to date of abandoning the Cold War security infrastructure and is a tacit admission that Russia remains a major military power that is better contained than confronted.

Putin will also be happy with the deal, as Russia can ill afford a new arms race. While the Russian budget is under pressure thanks to the disaster that 2020 was – Russia ended the year with a 3.8% GDP budget deficit, its first in years – the the military escalation in the last decade has already cost Russia its prosperity.

In 2012, when the military modernisation programme began, Putin in essence sacrificed the economic gains and rising incomes of the people to plough every spare kopeck into the military.

The effects on the economy were dramatic. GDP dropped to zero by 2013 as a result, despite oil prices still being over $100 at the time, and real incomes began to decline and have been dropping ever since.

That has caused Putin a major political headache as Russians tire of their slowly falling standard of living, and public protests have been growing in number and frequency ever since, although no revolution is expected any time soon, as Russians have more to lose from the chaos that would ensue. Last year saw over 1,500 protests, but these focused mostly on local issues like the closure of a park and waste management, than overtly political demands. The nationwide protests inspired by jailed anti-corruption blogger and opposition activist Alexei Navalny last weekend represent a new phase of discontent, as unlike last year’s protests, his are overtly political.

Putin is hoping to recover the lost prosperity with his RUB27 trillion ($360bn) 12 National Projects that were launched in 2018, but progress has been slow and the crisis of 2020 has put the programme back. Initially conceived to be finished in 2024, originally the end of Putin’s second term in office, the deadline has now been pushed back to 2030 as the result of recent problems.

The START III deal also clears the table of an inconvenient need to negotiate with the Kremlin ahead of what is expected to be Washington’s tougher line with Moscow.

During the call, which the Foreign Ministry called “a frank discussion”, Biden also broached the jailing of Navalny and demanded his immediate release. Observers are anticipating a new sanctions regime against Russia, although opinion is divided on how tough it will be. Investors are not expecting any sanctions on Russian primary sovereign debt or a ban on US investors holding Russian Ministry of Finance ruble-denominated OFZ treasury bills, as that would cause too much damage to US investors.

The relations between Russia and US will be difficult, as the US will need Russia’s help in several areas, including a resolution to the sanctions on Iran, dealing with the US increasingly problematic relations with China, fighting international terrorism and climate change to name four.

By doing a START III deal so quickly the Kremlin is signally that it is willing to take a pragmatic approach to these international issues and is someone that is willing to work with the US. The Kremlin would be happy to ratchet down the tensions and have a civil, if not friendly, relationship with Washington.

For the US, as Biden has signalled that one of his top foreign priorities is to rebuild relations with Europe, that will also temper his actions on Moscow, as the EU has a more conciliatory policy to Russia, which is a major trade and investment destination for Europe.