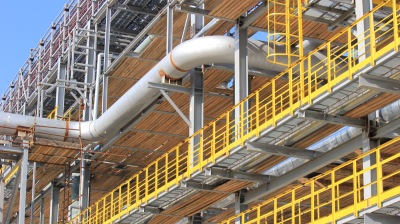 In a mega-merger Russia's biggest petrochemical company Sibur has taken control of the second-biggest company TAIF to create a top-five global giant. / wiki
By Ben Aris in Berlin September 24, 2021

Russia’s biggest petrochemicals company Sibur has closed a deal to take over 100% of its Tatarstan based rival TAIF in an equity swap that will leave the shareholders of TAIF with 15% of the merged company and bonds, the companies announced on September 24.

The combined business will be one of the five biggest producers of polyolefin and rubber products in the world, the companies said.

“Under the agreement, TAIF shareholders will receive a 15% stake in the new combined company in exchange for 50% plus 1 share in JSC TAIF. To ensure faster integration and higher efficiency of the combined entity’s operations and investment programme, the parties have agreed on an early exercise of an option for the remaining stake of TAIF’s shareholders. SIBUR’s financial obligations in the second phase of the transaction will be secured by several issues of exchange-traded bonds. As a result, in a matter of days required to finalise the deal the combined entity will consolidate 100% of the shares of TAIF Group, which includes petrochemical and energy companies,” the companies said in a statement.

The deal will increase the size of Sibur and improve its reach on the international markets, Sibur’s executive director for marketing and sales, procurement, innovation and business development, Sergey Komyshan, told bne IntelliNews in an exclusive interview a day earlier.

As part of the transaction, Rustam Minnikhanov, President of Tatarstan, and Leonid Mikhelson, chairman of the board of directors at Sibur Holding, signed a co-operation agreement between the Tatarstan government and the company. The parties have agreed to work together to boost Tatarstan’s economic strength and create a favourable climate in the region.

Some of the priorities outlined in the agreement include co-operation in:

·        sustainable development, including implementation of projects to cut emissions and improve the collection and recycling of polymer waste;

·        improving quality of life through charitable and sponsorship assistance in the social sphere;

·        implementation of projects to foster communication and co-operation with SMEs;

·        training of skilled labour in petrochemicals and energy.

Russian energy companies have increasingly been shifting their focus to the petrochemical sector, lured by the high margins of its leader Sibur.

“We agreed on this as it will reduce the pressure on Sibur’s cash,” says Komyshan. “In addition, it makes things easier, as all the TAIF daughter companies, some of which are listed, will not be affected. Sibur can simply take over the ownership of the packets of shares TAIF holds in all the daughters. At some later point all the boards of directors can be replaced as part of a smooth ownership change.”

TAIF is a privately held holding company based in the Russian region of Tatarstan, which in addition to other assets holds controlling stakes in PAO Nizhnekamskneftekhim (NKNK; petrochemicals), KOS (petrochemicals) and AO TGK-16 (power generation) but does not fully own NKNK and KOS.

Leonid Mikhelson, head of and major shareholder in Russia’s largest gas producer Novatek, owns 48.5% of Sibur. Gennady Timchenko, Mikhelson’s business partner who is a close ally of Russian President Vladimir Putin, owns another 17%, while China’s Sinopec and Silk Road Fund have 10% each. Some former and current managers own 14.5% of the company.

Sibur is a giant in Russia’s petrochemical’s business but TAIF is the second-biggest player. It controls 68% of Russia’s synthetic rubber production, specialising in tyres, and 23% of plastics. The TAIF group of companies was established in 1995 and controls 96% of the chemical, petrochemical and oil and gas processing industries in Tatarstan. The company also owns an oil refinery, TAIF-NK, which provides much of the feedstock and is not included in the deal with Sibur.

“The shareholders retain control of the oil refinery but there are also long-term supply contracts for the production companies as part of this deal,” says Komyshan.

And the two companies know each other well, as Sibur has been one of the main suppliers of hydrocarbons to TAIF for years.

“TAIF buys liquefied petroleum gas (LPG) from the market and Sibur has been its biggest supplier for years, so we are already pretty integrated as a supplier,” says Komyshan. “That has been part of the logic driving this deal, as both sides can see joining forces boosts long-term prospects, the security of supply, and our investment programmes are complementary.”

Expanding the investment programme at TAIF was a major motivation for the Tatarstan-based company to enter into the deal, according to its chairman.

“One of the key elements of the deal is TAIF Group's $20bn strategic development programme,” Albert Shigabutdinov, chairman of TAIF's board of directors said in a statement. “Combine that with the development programme that Sibur is already running in Western Siberia and the Far East, and it is safe to say that the new company will hit its targets. We definitely have to work hard, but our goal is to create a completely new and strictly performance-oriented corporate culture drawing on TAIF's and Sibur’s best practices.”

Komyshan says the two companies don't really compete. TAIF is a bigger player in rubbers than Sibur, which is not a main focus for the company, which only has one rubber plant, and typically TAIF uses a heavier feedstock than Sibur. TAIF is also heavily into styrene chains, which is also not a Sibur focus. Where they do overlap is in polyolefins, but in a complementary way.

“But that is a big family of products. It allows us to rationalise the production, depending on demand and location, to create a bigger and more efficient production,” says Komyshan. “Plus we like their investment programme that complements our own very well. We are going to combine the programmes that should lead to more growth.”

Previously TAIF said the deal would help accelerate key projects in its 2030 strategic development programme that will see more than RUB1.5 trillion ($20bn) of investments over the next ten years.

Komyshan says the like everyone else, Sibur has been on a rollercoaster ride in the last year as it tried to cope with the coronacrisis and concurrent economic slowdown.

“It hit our margins significantly as some markets just shut down, but it also created opportunities too,” says Komyshan.

China is a big customer and was the first market to be hit by the coronavirus (COVID-19) pandemic. Komyshan says the game became reallocating the distribution from markets being shut down by the lockdowns to others that were still working. Distribution was directed away from China to Europe, but as China came out of lockdown the flows of product were redirected back again as the pandemic wore on.

“We have the advantage of being equally distant from both Europe and China, so we could shift right and left as the situation changed. But for us the challenges of the supply chain management [were] new. And this was at a time when our new Zapsib 2 plant had just come online. It was a tense moment,” says Komyshan, referring to a new facility the company built in Siberia that bne IntelliNews profiled in the feature “Plastics in the snow.”

Other petrochemical plants without Sibur’s strategic location had a harder time of it and most reduced production, while some shut down completely. Thanks to its ability to switch between the big markets in the west and east Sibur managed to keep its production fairly constant.

“We couldn't escape the hit to the margins as prices fell but after a hard second quarter of 2020, by the third demand was back and in the fourth as the vaccines appeared the prices began to recover quickly,” says Komyshan. “At the end of 2020 we managed to still post record results. Now there are still supply chain disruptions and a huge increase in the cost of freight but there is also a huge disparity between countries and their costs and prices, which we can capitalise on. In the first six months of this year [we] are already showing better results than in the same period last year.”

Asked if the merger affects the company’s highly anticipated IPO Komyshan says that the company would want to produce a consolidated set of accounts first, but that is possible using their pre-merger accounts, although it would take several months to prepare. However, as to the timing of the IPO the shareholders remain undecided.

"Sibur's IPO this year is unlikely, most likely it will happen in 2022. We will accelerate with this issue," Mikhelson said earlier this year.