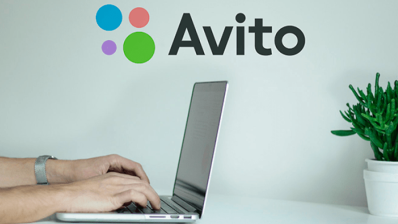 The Russian TMT investment company, Kismet Capital Group, announced that it had signed off on an agreement to acquire a 100% stake in Avito, the world’s largest online advertisements platform, from South African holding company Naspers. The deal has been valued at approximately RUB151bn ($2.4bn).

Kismet has already obtained the relevant permission from Russia’s Federal Antimonopoly Service (FAS) and the Governmental Commission for the Control of Foreign Investment in the Russian Federation, the company said in a press release.

The transaction was financed and settled by a banking consortium led by the Russian Agricultural Bank, which is not amongst the Russian banks under sanctions, and the deal is expected to close soon.

The founder of Kismet Capital Group Ivan Tavrin said in a press release: “For Kismet, Avito is a strategic investment that aligns fully with our principles of investing in high-tech market leaders with significant growth potential. Avito is not only an exceptional business with a clear strategy and a professional management team, but it also has a wealth of talent and intellectual capital.”

“We are pleased to partner with Naspers on this transaction and intend to maintain the strategy of developing Avito as the largest independent platform, while also upholding the best management and motivational practices within the company,” he added.

There had been reports that Russian internet giant VK was interested in acquiring Avito as well as Russian oligarch and owner of metals giant NorNickel Vladimir Potanin, but Kismet seems to have pipped both to the post.

A Naspers representative commented on the deal: “Since announcing our intention to exit Avito on May 20, 2022, our goal has been to manage the sale of the business in a responsible and structured way. We believe that this is best achieved through this deal.”

Avito has been for sale since spring, which was announced in May by Prosus, a Dutch investment company that is part of South African investment holding Naspers, reports The Bell. Prosus owns 100% of Avito.

Kismet Capital Group is an investment holding founded in 2016 by Ivan Tavrin that specialises in investments in the technology, media and telecommunications (TMT) sector and has extensive experience in IPOs on international stock exchanges.

More than a dozen firms have been bidding for the company in recent months after it was put up for sale. In the summer, Russian media reported the two main candidates were VK and Potanin. Tavrin's holding offered the highest price, the source told the Bell. He added that Tavrin was an investor who was easy to understand for Naspers, as in 2010 he was a board member of Mail.Ru Group, in which Naspers also owned a large stake.

The company was involved in investments in leading Russian online businesses such as HeadHunter, Cian and Ozon before they went public.

As recently profiled by bna IntelliNews, bne IntelliNews’ sister publication covering Africa, Naspers (not to be confused with Napster, the music streaming app) is a multinational technology investor in Africa and one of the largest in the world. It is a leading example of a global consumer internet company “that empowers people and enriches communities,” according to its website that is flourishing in Africa’s burgeoning tech sector.

Naspers is headquartered in Cape Town, South Africa, and has spread its roots through Southeast Asia, Latin America, Europe and the United States, with market investments in Egypt and Bangladesh. It has been operating for more than a century, as it was founded in 1915.

Tavrin was the CEO of Russian big-three mobile phone provider MegaFon between 2012 and 2016 and led the company’s IPO on the London Stock Exchange.

Kismet is also the only company from Russia to successfully list three SPACs (special purpose acquisition companies) on the US Nasdaq exchange.