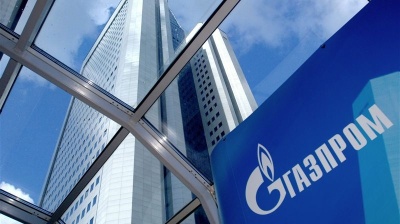 Russian companies pay some of the highest dividends in the emerging market world; Russian stocks are expected to pay a 4.9% dividend yield in 2017 on thier 2016 earnings, 2-4 percentage points more than their peers – and the companies that do pay well are amongst Russian portfolio investors’ favourites.

Gazprombank has released a list of its forecasts for the highest paying dividend stocks in 2017. Healthy dividends have been traditionally seen in the telecommunications, oil & gas, and metals & mining sectors, but this year some of Russia’s utilities are also expected to increase their dividends. In addition, an increasing number of companies are now paying dividends several times a year.

The biggest dividend story in 2017 will be whether the government finally manages to force Gazprom to pay out 50% of its IFRS profit as dividends. The company managed to ignore an order to do so in 2016 and paid out just 24% of its IFRS profits, but the cash-strapped government is turning the screws on all state-owned enterprises, and Gazprom is on the front line simply because of the amount of money involved. The 2017-2019 budget that was approved at the end of 2016 assumes a 50% dividend payout from all the state-owned companies, but the government has since said this is a "framework" and a final decision on who pays what will be made in April. A final decision on Gazprom dividends will be made then and if it does comply, then the payout will be in a range of RUB9.4-18.9 per share, offering a current dividend yield of 6.0-12.1%, says Gazprombank.

Lukoil and Gazprom Neft are expected to deliver decent annual dividends for 2016 earnings (over 5% yields) on the back of solid financial performance. Tatneft preferreds also offer a dividend yield of more than 5%. The dividend size for SurgutNG is yet to be determined, given that the company is forecast to post a net loss for 2016 due to forex effects. Yet even a RUB2 per share dividend on SurgutNG prefs suggests a current yield of above 6%, as the share price is down 8.7% yeat-to-date. Bashneft prefs offer a 10% dividend yield: the stock has been under pressure following the change of the controlling shareholder. Finally, Rosneft and Novatek should deliver annual dividends yields of below 3%, Gazprombank said in its report.

Telecom operators in 2017 should remain attractive dividend stories, offering annual yields of 7-11%, which are all well above the Russian average. Gazprombank highlights MegaFon as the most attractive dividend story following the sharp drop in its share price in 2016, due to exclusion from the MSCI Russia Index in November. MTS remains most stable and predictable dividend story, offering shareholders about RUB26 per share (RUB52 per GDR) in accordance with its dividend policy for 2016-18. Gazprombank also expects Rostelecom to pay dividends in 2017 slightly above the level paid in 2016 (RUB5.91 per share). Rostelecom pays the same amount of dividends on common and preferred shares, meaning that less-liquid preferred shares offer a dividend yield of about 10%, in line with mobile operators.

The only metals and mining names with high dividend payments are plays in the steel (NLMK, Severstal), diversified mining (Norilsk Nickel) and diamond (Alrosa) sectors, with dividend yields ranging from 8-9%. These dividends are strong compared with global rivals, as, for example, emerging market steel companies propose average yields of about 2%, while diversified miners propose 1.2%.

As a state company, Alrosa is expected to pay dividends totaling 50% of 2016 IFRS net income (35% of IFRS net income earlier), which, alongside improved net profit in 2016, should make Alrosa the industry’s dividend leader in 2017. Alrosa is a new dividend turnaround story in the sector.

Driven by the situation on metals markets, Norilsk Nickel has adjusted its dividend policy several times, with the last adjustment occurring at the beginning of April 2016. The company now enjoys a high dividend payout ratio (60% of Ebitda) if its net debt/Ebitda ratio is less than 1.8x (Gazprombank expects 1.3x as of end-2016).

The best dividend story in the utilities sector remains the Federal Grid Company (FGC), which could pay out up to RUB34bn, according to the federal budget draft. ROSSETI is a less clear play on dividends, as the company will likely collect dividends from healthy subsidiaries and redistribute this cash to those that need financial support in order to fulfill their investment programmes. Expected dividend yields for the two companies are 13% and 9%, respectively.

The best dividend stories among the generating companies (gencos) are Unipro and Enel Russia, which have dividend payout ratios of 80-100% and 55-65%, corresponding to average expected yields of 8% and 9% for 2016-18, respectively.

RusHydro will likely maintain its 50% IFRS payout ratio, implying a 6% dividend yield for 2016 earnings. Subsidiaries of Gazprom Energoholding are expected to pay out 35% of IFRS net income, implying yields of 6% for Mosenergo, 7% for TGK-1 and 4% for OGK-2. Inter RAO has indicated a 25% IFRS payout ratio, implying a dividend yield of 6% for 2016 earnings. Enel Russia remains an acquisition target and thus Gazprombank highlights the name as a top pick for next year.