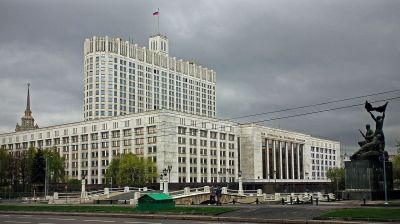 The Russian government is perparing to slash budget spending by 10% to cushion the effects of  disastrously low prices for oil, the country's main source of income, and a sanctions-fuelled recession, news reports say, citing officials who were present at a December meeting of the cabinet.

The reports by Reuters and the Russian business daily Vedomosti reflect the admission by President Vladimir Putin in an interview with German media also published on January 11 that both the oil price and "the [Western] sanctions are severely harming Russia".

According to a government source who spoke to Reuters, ministries must suggest budget items for 10% cuts before January 15. If they fail to do so, the Ministry of Finance will make the mandatory cuts itself.

The reduction of budget spendings will save about RUB700bn ($9.1bn), the source said, adding that the cuts will not affect public regulatory obligations, salaries to state employees or money allowances to servicemen. Spending on upgrading the military is also unlikely be affected, observers say, because of Russia's new policy of international self-assertion as seen in the Syria conflict.

But the cuts signal that the government no longer anticipates that the current crisis will be short-lived and is preparing for the long haul. The questions now are how deep the recession will bite in its second year and what budget items will be trimmed.

On January 12, the price of Brent crude oil fell below $31 for a barrel, tearing at the framework of the 2016 budget based on oil at $50 for a barrel. The budget also assumes a deficit of 3% of GDP, or RUB1.7 trillion ($28.32bn), a level that Putin has declared a "red line", thereby limiting areas where savings can be made.

However, this target will almost certainly be missed even if oil does average $50, as the state will have to bail out its de facto development bank VEB, which needs a RUB1.2 trillion ($20bn) injection of capital to deal with bad loans incurred from cases like underwriting investments for the Sochi Olympics.

"It is possible that at $30 a barrel oil and the ruble over 80 [per dollar], that Russian dollar GDP will drop below the trillion buck mark, from $2.3 trillion in 2013," Tim Ash, the analyst for Nomura International, wrote in a note on January 12.

In his recent interview with Germany's Bild newspaper, Putin admitted that the Russian economy has been hit hard by oil prices and sanctions alike, despite previous insistence that the EU and US sanctions imposed over Russia's actions in Ukraine have only helped it develop its own potential.

"Concerning our possibilities on the international financial markets, the sanctions are severely harming Russia," Putin told the paper. "But the biggest harm is currently caused by the decline of the prices for energy. We suffer dangerous revenue losses in our export of oil and gas, which we can partly compensate for elsewhere."

However, Putin noted that despite the GDP drop last year (which is expected to come in at around -3.5%), Russia still posted a trade and current account surplus.

The analyst Ash commented: "The Russian strategy thus far has been been clear cut to allow the ruble to adjust to lower oil prices, but I still think we are a long way from a clearing level for $30 oil. And remember, still with the CBR having $360bn in FX reserves, they put the ruble where they want it."

But the 10% cuts indicate that the Russian authorities are now "bunkering down" for the long haul, recognising just how difficult this could get, he added. "I think mid-year there was optimism that the economy could actually post real GDP growth this year, but now I think the only question will be just how deep the second year of recession will be."