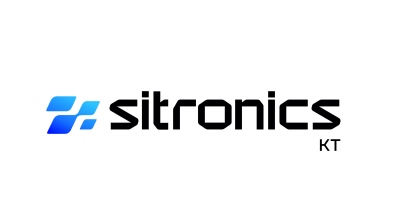 The Russian tech firm Sitronics Group, which is part of AFK Sistema, has launched a RUB500mn ($7mn) production facility for servers at the Lampiris factory in Siberia's Novosibirsk region.

"Over the last three years, our company has delivered over 20,000 servers to its customers," Alexander Trokhin, Sitronics Group's vice-president for information and communication hardware solutions, was quoted in a statement.

"The market is on the rise, and one of Sitronics Group's main development directions has become [the] manufacture of equipment under its own brand. We see significant potential in the development of our own production and we know this market well," he added.

So far, a test batch of servers has been manufactured at Lampiris under a full-cycle production model.

Sitronics Group said it plans to manufacture up to 30,000 servers a year, which could be supplied to companies investing in digital transformation, as well as the public sector, which has been tasked with stepping up the proportion of locally manufactured equipment in use.

Overall, one of the major factors that gave a boost to Sitronics Group was the Russian government's drive for "import substitution" – the use of locally manufactured equipment and software as opposed to imported analogues, triggered by Russia's soured relations with the West in recent years.

Incidentally, the manufacture of servers is one of the few IT areas where Russian companies have been able to offer proper alternatives to imported equipment. Sitronics Group hopes to further capitalise on the "import substitution" drive, saying that the x86 architecture servers it manufactures in Siberia are likely to find sufficient demand from Russia's private and public sectors.

According to Sitronics Group, thanks to their high performance and scalability, their servers will facilitate efficient use of space in data processing centres. In addition, the equipment could be used in such areas as virtualisation and cloud computations, big data analysis and high-complexity computations.

The choice of Siberia for the server manufacturing facility wasn't random, insists Sitronics Group, pointing to the location in the region of a major IT cluster based on the iconic scientific centre Akademgorodok and the availability of highly qualified professionals.

Trokhin pointed out that currently that over 200,000 servers are annually sold in Russia, while the share of the x86 architecture-based equipment is over 15%, which corresponds to just above RUB30bn ($422mn) a year.

Experts predict that the x86 architecture-based servers – the type manufactured by Sitronics Group in Siberia – are likely to retain a dominant position in the market. According to Konstantin Ankilov, general director of TMT Consulting, over the next few years the segment's annual growth is expected to be at 11%.

"[The growth] will be supported by increasing demands for computation capacities, in turn triggered by digitisation of the economy and implementation of government projects in that sphere," he explained. "Meanwhile, one third of the market is already accounted for by local equipment suppliers."

Stanislav Mirin, chief analyst at iKS-Consulting, added that one of the factors driving demand for server equipment is increased requirement for data storage and processing.

"Therefore the launch of local server manufacture is timely," he concluded.