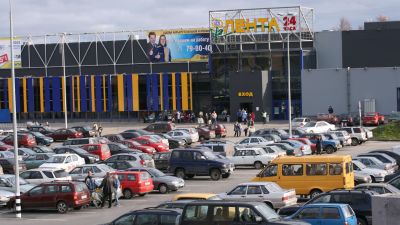 Russia's middle class have been largely unaffected by the current crisis, according to a report from the Russian Institute of Sociology, reports the Russian daily Kommersant.

While the wealth of the middle class has been reduced in dollar terms, the affects of the crisis in ruble terms have been far more muted and the share of the middle class in society has been unaltered from its level at the start of the 2008-2009 crisis compared with 2015, the study found.

However, the Russian Labour Ministry predicts that incomes will fall again this year and unemployment will rise, albeit less than in the last year.

The size of the middle class remained at 44% of the population and 47% of employees, according to the study titled "The Russian middle class in terms of stability and crisis". The study compared population surveys in 1999, 2003, 2014 and 2015 using a sample of 1900 people.

Falling real wages of Russians in 2016 will amount to 3-4%, Minister of Labour and Social Protection of Russia Maxim Topilin said in a televised interview on February 28, adding that real wages declined by 9.5% in 2015.

"If the forecasts will not deteriorate and will be at the level that we expect, then I think that will not be as dramatic fall in real wages," said Topilin. "There will be perhaps a little decrease. But it will be in the range of 3-4%," he added.

Topilin also said unemployment will increase slightly: "I think we'll be somewhere in the range 6.2-6.3% in 2016."

The survey found that more than 60% of respondents did not record any change in their material position in 2014-2015. Despite the lay offs and reduced working hours at many Russian factories, these problems have largely passed by the middle class; the survey found that only 2% of those surveyed said they had been laid off by their employers and of these, three quarters were able to quickly find a new job thanks to the tight labour market.

Blue collar workers - President Vladimir Putin's core constituency - have had a much harder time of it, with 7% losing their jobs and over 40% of these unable to find a new one, according to the study.

However, the middle class has been hit in the pocket, even if the size of the group remains the same. The average per capita daily income has fallen from $16 before this crisis started just over a year ago to $12 a day, taking into account purchasing power parity, the study found.

The picture is now further confused by devaluation as the wealth of the middle classes has been halved in dollar terms, but has lost a lot less in ruble terms. From a retailer's point of view this makes a big difference, depending whether the company's goods are imported or not – imports have collapsed, as consumers have traded down en masse to cheaper Russian-made goods.

The Institute of Sociology defines Russia's middle class as characterised by a minimum of a higher education, non-physical nature of work, and an average income level.

Russia has a general election scheduled for September and the government is already moving to support the socially vulnerable. Topilin said that his agency is preparing a bill that would increase the maximum unemployment benefits by 70%, but according to the minister, the distribution of these benefits will be more targeted.

"We are preparing a bill that will allow us in the framework of the funds allocated to the benefits they redistribute in favour of those people who are really in a difficult situation," the minister said. "And the calculations show that we can actually double the size of the maximum allowance, or maybe [effect] a 70% increase."