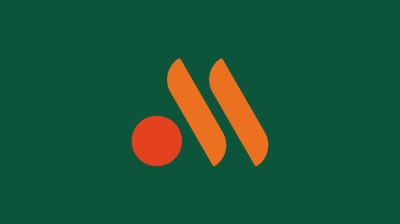 The fast-food chain which will replace McDonald’s in Russia has released its new logo. The new trademark is an M comprised of an orange circle and two sticks, intended to resemble a burger and fries.

Since Russia’s invasion of Ukraine on February 24, 2022, western brands have been pulling out of Russia en masse. With a few notable exceptions, western companies have all suspended or closed their operations in Russia.

McDonald’s initially announced the suspension of its operations in Russia, but kept paying the salaries of its 62,000 staff. Then, in May, McDonald’s sold its Russian assets to Russian licensee Alexander Guvnor.

As part of the deal, Guvnor reportedly agreed to take over all the McDonald’s restaurants and to continue paying their staff for the next two years. News of the deal sparked a storm of speculation surrounding the rebranding of the restaurants. RBK published a list of potential names under consideration for the spin-off, including “The Same” and “Fun and Tasty”.

"The green background of the logo symbolises the quality of products and service that our guests are accustomed to. The logo will be used in the advertising campaign that we are launching today," a spokesperson for the business told TASS.

But the new name for the restaurants has not yet been approved. The first 15 new restaurants are scheduled to open in the Moscow region on June 12.

In total, McDonald’s operated around 850 restaurants in Russia. Alexander Guvnor, who co-owns oil firm NefteKhimServis, already operated 25 of the chain’s restaurants in Siberia.

Russia has sought to downplay the effects of corporate self-sanctioning and western sanctions by emphasising the efficacy of import substitutions and homegrown players. It built a spin-off of Google’s Play Store after news that Google had suspended purchases in Russia, and Moscow Mayor Sergei Sobyanin vowed to bring back the Soviet car brand Moskvitch when Renault left the country.