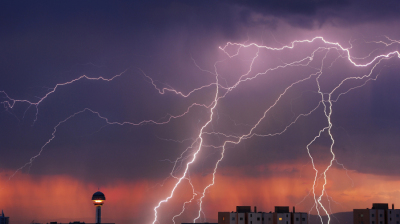 The domestic analysts surveyed by the Central Bank of Russia (CBR) on March 10 forecast Russia's GDP to drop by 8% in 2022 – the worst result since 1998 – after military invasion of Ukraine, versus 2.4% growth expected previously. In 2021 Russia's GDP rebounded to 4.7% growth after 2% contraction in the pandemic 2020.

None of the economists trying to forecast the impact of the harshest sanctions ever imposed on Russia are very confident in their predictions, which are vulnerable to the still fast moving events. The result is a wide spread in the range of the forecasts, although the fact that the economy will contract this year is unanimous.

The magnitude of the contraction is expected to be unprecedented. In 2014, following Russia's annexation of Crimea, the Russia's GDP growth forecasts of 3% were revised to 1-2% contraction. Russia's actual GDP growth in 2014 was 0.7%.

The Institute of International Finance (IIF) now expects the Russian economy to contract by 15% (versus 3% previously), according to a BBC report. Experts warned that the decline could be even sharper should there be additional Western boycotts of Russian energy supplies. Elina Ribakova, deputy chief economist with the Institute of International Finance (IIF), told bne IntelliNews in a podcast that this year’s contraction could be as large as 20%.

“We have to rethink the way we think about Russia. We have gone from an open economy to one that is going to look more like that of Iran,” says Ribakova.

“Russia’s economy is in the early stages of a deep recession and we’ve revised our forecast for GDP to collapse by 12% this year. We’ve also revised our forecasts for Central and Eastern Europe as a result of the war in Ukraine with inflation set to be stronger, GDP growth weaker and interest rates settling at a higher level than previously thought,” Capital Economics’ Liam Peach said in a note on March 11, which has also downgraded its Russia outlook from a 5% contraction earlier.

Normally a sideshow that interests only analyst’s, this month’s CBR economic survey has suddenly taken on a lot more relevance. The analysts surveyed by the CBR have cut the long-term GDP growth potential from 2% to 1%. The real cost of the sanctions until February has been to force Russian President Vladimir Putin to build a fiscal fortress that was intended to sanction-proof the Russian economy. While it has made the economy impervious to many of the measures leveled against Russia so far, the real cost of the sanctions has been to lower the growth potential to well below that of global GDP growth and hence condemn it to long-term stagnation.

Inflation started accelerating rapidly only a week after the start of the Kremlin’s so-called “special military operation”, and increased four-fold in under a month.

The extreme scenarios amongst economists' forecasts have 40% for inflation, a fall in GDP by 23% and the dollar/RUB rate at RUB130 to the dollar in 2022.

However, there were also optimists who believe that inflation will not exceed 9.8%, the economy, GDP will only contract by 3.5%, and the dollar will fall to RUB100, but no one saw the ruble breaking below the RUB100 barrier.

As a result, the average key interest rate of the CBR (already hiked to record-high 20%) is forecasted at 18.9% (+9.8 pp) instead of 9.1% and the rate is already 20%. The CBR imposed an emergency rate hike to 20% on February 28 and has another meeting on March 18 where many analysts expect another hike by maybe 300bp.

Amid rising expectation of sovereign and corporate defaults analysed by bne IntelliNews, the analysts surveyed by the CBR expect five-year credit default spreads (CDS) spread for 2022 at 550 basis points (+413 bp compared to February). The RUB/US dollar exchange rate in 2022 is expected to average RUB110, but could be much weaker, depending on events.

The central bank survey is of 18 economists from reputable organizations with estimates of the main macroeconomic indicators for 2022-2024.

The spike in inflation is one of the most debilitating shocks to the economy and is currently running at 10.4% in annualized terms.

Dmitry Polevoy, Investment Director of Loko-Invest, who took part in the survey, calls what is happening “a price shock, unprecedented in nature” and lists its reasons: rush demand due to (very likely) record inflation expectations and fear of a shortage or complete disappearance of goods (somewhere temporary, somewhere longer), a collapse ruble in the absence of any benchmarks, logistical constraints and an extremely high level of uncertainty.

Uncertainty over the exchange is also high as it depends heavily on the oil exports and those are also under the threat of new sanctions after the US banned oil imports from Russia on March 8.

Including fuel oil and other petroleum products, Russia accounts for 7% of US oil imports, and less than 10% of US Russian exports. Theoretically, Russia can redirect the lost volumes to China and India, although this may take time and involve a discount in price, Sergei Suverov, strategist at Arikacapital, told The Bell.

“Foreign exchange earnings from Russian exports (primarily oil exports) are now the main source of support for the ruble in the face of the blocking of Central Bank reserves and the main reason why the national currency has not yet gone into free fall,” The Bell wrote in a comment.

Adding to the damage of the formal sanctions is the toxicity they have created for doing any sort of business with Russia. Firms and banks have simply stopped dealing with Russia even if it remains permissible. One of the practical offshoots of this new aversion is that a record large discount between Urals crude and the benchmark Brent has opened up.

Last week, Russian Urals traded at a record discount to Brent of more than $28 per barrel. Shell, which bought the batch at a discount, was so criticized that it soon announced a gradual complete rejection of Russian hydrocarbons.

And analysts speculate that the sanctions on Russian oil could become worse if the situation in Ukraine deteriorates further – as it appears to be doing.

The more Russian oil that leaves the market, the higher prices will be, because it is impossible to quickly replace 4.3mn b/d of Russian oil. Only Saudi Arabia has a significant reserve of capacity, whose relations with the United States leave much to be desired. This week, former energy minister Alexander Novak promised oil at $300 in the event of a broad embargo. That would be a price shock comparable to the oil shock of the 1979 Iranian revolution.

One of the first currency control measures introduced by the CBR was to oblige exporters to sell 80% of their foreign exchange earnings to the central bank as it began to scramble to grab what cash dollars resources it could.

“This cannot completely stop the devaluation of the ruble, and the Central Bank has to introduce new prohibitive foreign exchange measures,” The Bell opined.

"The extent of these consequences will depend on further developments, the effect of existing sanctions, and possible further measures," she said. "The ECB's baseline scenario, which considers early estimates of the effects of the war, assumes that the eurozone economy will grow by only 3.7% this year, not 4.2% as previously expected. As a result, the ECB raised its inflation forecast to 5.1% from 3.2% this year,” the governor continued.