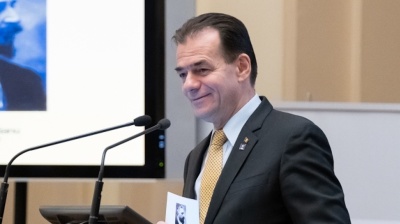 Romania’s Prime Minister Ludovic Orban announced, after a meeting with President Klaus Iohannis on December 10, that the two have agreed that “the best option for Romanian is to hold early parliamentary elections.”

Installed in November by a heterogenous group of parties and MPs, and with term elections looming towards the end of this year, the scope of Orban’s government to take action on issues such as tackling Romania’s budget deficit is very limited.

“In regard to the will of the president and my will — and implicitly that of the Liberal Party — for early elections, it exists and it is 100%,” Orban stated.

Ideally, the general elections would be held concomitantly with the local elections in May or June, Orban said — prompting comments about a past Constitutional Court decision banning the organisation of simultaneous elections.

Iohannis said the previous day that he was in favour of early elections and would discuss the issue with Orban.

However, given the complex procedures required for calling early elections, which are a solution of last resort to prolonged political crises under the Romanian Constitution, the statement heralds a period of political complications that might hinder the reforms needed in the fiscal and administrative areas.

According to unofficial sources, one of the options would be assuming responsibility for several bills that would be rejected by the Social Democratic Party (PSD), the main opposition party. The election of mayors in two rounds is one of these bills, but there are others as well. This would push the PSD into filing a no confidence motion and force the fall of the Orban cabinet. However, to trigger early elections, the parliament must then vote against two government teams.

As part of the political battle, the parliament has already been forced into endorsing several bills with a major impact on the budget — such as doubling child benefit, with a cost of 0.4% of GDP, and cutting car fuel excise duties. The government has supported the 40% pension hike planned for September, as scrapping this would also be politically damaging.

From this perspective, the decision of the National Liberal Party (PNL) and its president Orban to push for early election might be seen as abandoning plans to defer thorough reforms until it holds a firm majority in parliament. If things go as Orban plans, he would return after the elections and go forward with the promised reforms.

But it is more likely that the parliamentary elections are held at term in the autumn — and the outcome becomes unpredictable as sustained electoral support for the Liberals and for its allies like Save Romania Union and PLUS will depend on tangible results delivered by the government.