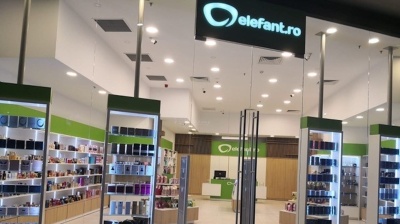 Romanian online retailer Elefant has fully repaid corporate bonds worth RON7.65mn (€1.5mn) issued in 2018 and listed on the Bucharest Stock Exchange (BVB), that had reached maturity. The company is reportedly preparing for an IPO next month.

The company paid the principal of RON100 per bond and the last coupon (RON 4.5616 per bond) on September 27. The bonds had a fixed coupon of 9%, payable semi-annually.

“The amount we attracted was invested in the development of the Elefant platform, and the increased interest of investors in the issued bonds shows the trust they had in the company but also in its development plans. The success of this issue shows that the instruments on the capital market represent a means by which investors' money reaches the real economy, contributing to the development of companies," said Sergiu Chirca, CEO of Elefant.ro.

Elefant.ro reported a gross merchandise volume (GMV) of RON120.7mn in H1 this year, compared to RON117mn in the first six months of 2020, while the number of unique visitors on the platform increased by 12% y/y, to 12mn. Elefant plans to reach 50 showrooms nationwide in the next four years, from an existing chain of  11 showrooms and 14 lifting points.

Wood & Company Financial Services is reportedly preparing the listing of Elefant.ro through an IPO on the BVB scheduled for November this year, according to Ziarul Financiar quoting sources familiar with the operation on September 15.