Romania to step up military spending to 2.5% of GDP 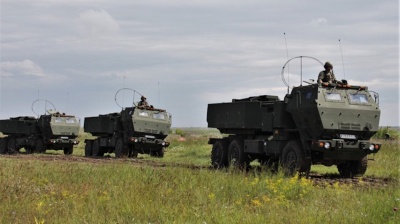 The yearly budget for Romania’s defence system will increase to 2.5% of GDP  — above the 2%-of-GDP statutory level for Nato member countries — for next year, President of Romania, Klaus Iohannis, said on the Day of the National Army, October 25.

“Next year we will take another step forward by increasing the defence budget to 2.5% of GDP, in order to increase the army's ability to fulfil its entrusted missions and thus give Romania even more credibility in exercising the role of a regional security pillar,” Iohannis stated.

More large defence contracts are currently on Romania’s procurement list. The Ministry of Defense (MApN) asked the parliament to approve the purchase of two Airbus H215M military helicopters for an estimated price of €150mn, according to a request on the agenda of the permanent office of the Chamber of Deputies, disclosed by G4media.ro.

MApN said that the helicopters must be equipped with surface combat capabilities (armament and combat technique). According to the specialised website HelicopterSpecs, the price of such a helicopter is $18mn.

The request was made after the Chamber of Deputies’ expert committee already cleared a $300mn procurement contract for 18 UAS Bayraktar TB2 drones.

On September 1, the Ministry of Defence requested the approval of the parliament for the purchase of three Bayraktar TB2 systems with six batteries each, valued at $300mn. The estimated value includes the 18 drones, but also the "initial logistical support package and specific training and training equipment", whose value is also estimated, according to the Ministry of Defence.