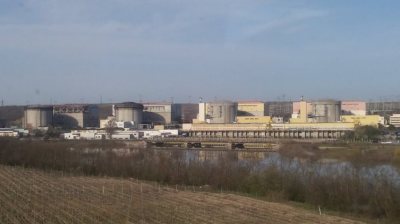 Romania’s state nuclear company Nuclearelectrica needs €3.0bn-3.5bn to develop the third nuclear reactor of the Cernavoda nuclear power plant using its own resources and bank loans, but it needs state guarantees to make the project bankable, said Theodor Chirica, a member of the company’s board and it former CEO, speaking at an energy conference.

With a partner, the company can develop two reactors he said — implying that the partner will probably not be the Chinese company that has been in talks on a joint venture until recently.

In 2015, Nuclearelectrica signed a memorandum of understanding with China General Nuclear Power Corporation (CGN) on the construction of two new reactors, 3 and 4, at the Cernavoda nuclear power plant. However, Prime Minister Ludovic Orban announced in January that the government will exit the deal with its Chinese partner. He invoked the European Union’s Green Deal rather than security issues or cost concerns circulated previously as the main reason behind a potential end of the deal with CGN to expand Romania's only nuclear power plant.

Within ten years, Romania will definitely have another reactor and will possibly work on a fourth one, Chirica said.

With partners within the European Union or Nato, Romania could develop two reactors while Nuclearelectrica alone can build only one, he said, implying that the ongoing negotiations with the Chinese partners on this project would be terminated.

Chirica also commented about the integrated nuclear cycle Nuclearelectrica should build by taking over the uranium processing plant at Feldioara from National Uranium Company, and a new uranium mine.