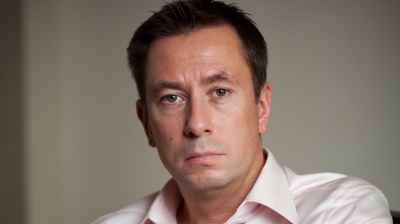 Dmitry Konov, the former CEO of Russian petrochemicals major Sibur, has told Interfax that he no longer holds his 2.59% stake in the company. After a legendary 15-year tenure, Konov stepped down from his position as CEO in March 2022 following his inclusion on EU and UK sanctions lists.

The news that Konov has sold his stake in Sibur comes after he filed an appeal against European sanctions with the European Court of Justice (ECJ).

In his recent exchange with Interfax, which took place on the sidelines of the ADIPEC conference in Abu Dhabi, Konov said that the European Council had dropped two out of the three criteria which it had used to justify his inclusion on the sanctions list.

However, the EC still considers Konov to be one of the "leading businessmen working in an industry generating significant revenues for the Russian government”.

Konov insists that he doesn’t fit the EU's definition of a "businessperson", because he is not the founder, owner, or majority shareholder of Sibur.

Instead, Konov is a career executive, who made a name for himself by pushing ESG standards and modern disclosure and management practices – a relatively rare move among Russian industrial companies. In 2021, Forbes named Sibur one of Russia’s 30 most eco-friendly companies.

Indeed, Konov’s time as CEO saw Sibur transition from a distressed post-Soviet asset with $2.5bn of debt to a modern manufacturer with a global reach. Sibur had a revenue of nearly $16bn in 2021, up from just $3bn in 2004 before Konov took the helm.

Last year, Konov was preparing Sibur for an IPO which could have seen it valued at upwards of $22bn.

The sanctions against Konov, which were implemented in the wake of Russia’s invasion of Ukraine, included an asset freeze. The ECJ has not yet announced a verdict on Konov’s appeal against sanctions.

Konov is not the only Russian executive to argue that the sanctions against them are unfounded. Others, including Yandex founder and former CEO Arkady Volozh and Tigran Khudaverdyan, are also understood to be challenging their designations. They argue that there is no evidence to suggest that they are complicit with the system or support the war in Ukraine.