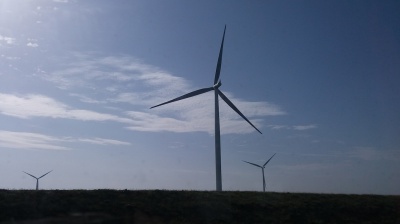 By Iulian Ernst in Bucharest January 4, 2021

Two major energy companies in Romania announced the takeover of local renewables assets in December, as traditional energy companies become increasingly keen to diversify or shift into green energy segments. This is already pushing up demand for wind and solar parks in Romania.

State-controlled hydropower company Hidroelectrica announced on December 23 that “following a highly competitive process which involved both local and international bidders” it signed an agreement to take over the 108MW Crucea wind farm in the eastern part of the country from its German owners.

Developed by STEAG and commissioned in 2014, Crucea Wind Farm is one of the most modern and best-maintained onshore wind farms in Romania with an installed capacity of 108MW. The farm comprises 36 Vestas turbines of 3MW each.

The deal involves the shares of German group STEAG in Romanian subsidiaries Crucea Wind Farm and STEAG Energie Romania. The price of the stakes was not mentioned, but the project was evaluated by the European Bank for Reconstruction and Development (EBRD) at up to €192mn during the financing stage in 2013.

Hidroelectrica says it remains focused on diversifying its production by adding high-quality renewables capacities to its portfolio, as part of its recently approved development strategy. The company restated its objective of remaining 100% green throughout the portfolio diversification process.

The deal came a week after Engie Romania completed the acquisition of a photovoltaic (PV) park with a total capacity of 9.3 MW, located in the village of Cristuru Secuiesc in Harghita County, according to a company statement.

The park consists of two farms and is part of Ever Solar SA, a subsidiary owned by German photovoltaic park developer Soventix and Alpin Solar, co-owner and developer.

The photovoltaic farms were put into operation in 2015, producing so far about 55 GWh, the equivalent of annual electricity consumption for about 34,000 households.

The acquisition is in line with the Engie Romania strategy, focused on the development of renewable energies that have a key role in the energy transition.

"This acquisition marks a new stage in achieving the goal of becoming, by 2030, a major investor in the field of renewable energy in Romania and thus contribute to the group's ambition to be the leader of the energy transition. Locally, our goal is to occupy a leading position in the segment of centralised renewable energy and to provide green energy to our customers, individuals or legal entities," said Eric Stab, president and CEO of Engie Romania.

In November, OMV Petrom, with operations in the oil, natural gas and power sectors, outlined plans to develop a photovoltaic park with a capacity of 111 MW in southern Romania with a RON400mn (€83mn) investment partly financed from the European Union’ funds for green energy. This would become the biggest such project in the country.

OMV Petrom intends to build the park on the site of its former Doljchim chemical plant; it decommissioned and greened the site when it decided to exit the petrochemistry segment.

The European Commission recently invited Romania to increase its green energy target for 2030 and the government is seeking a consultant to evaluate what this target could be. Brussels turned down Bucharest’s 30.7% green energy target for 2030 as insufficiently ambitious, noting that Romania's potential is 34%. It also said Romania’s energy efficiency targets concerning primary and final energy consumption are also considered "low" and "very low”.