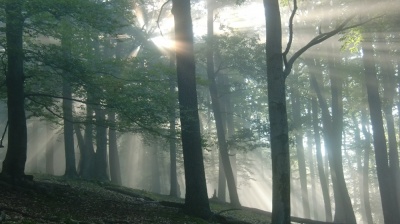 Gross profit of the Czech state enterprise Lesy CR (Forests of the Czech Republic, LCR) dropped by 60% y/y to CZK1.62bn (€62.7mn) in 3Q18, due to the fall in timber prices, LCR spokesman Eva Jouklova told the Czech News Agency.

Sales decreased by 28% to CZK6.23bn from CZK8.6bn a year earlier until the end of September. Timber mining increased by 25% to 7.88 cubic metres as of end September, which for 9M18 is almost equal to the volume of year-round mining in previous years.

“The y/y decline in profits has led to dramatic reductions in wood prices and need to exploit low quality bark beetle or wood damaged by wind, which is in surplus in the Czech Republic,” said Jouklova.

The company has been surrounded by controversy since it was taken over by Czech Prime Minister Andrej Babis. As bne IntelliNews recently reported in its cover story “Czech Prime Minister Andrej Babis is the king of the woods,” the prime minister has made a fortune from forestry and has been accused of exploiting the forests and causing an ecological disaster in the republic.

The bark beetle is common in Czech forests and the company has been trying to log as many trees as possible before all trees were infected. The analysis of the bark beetle issue and its solution in 2019 will be announced by the Minister of Agriculture Miroslav Toman together with the CEO of LCR Josef Vojacek at a press conference on December 14.

The company, which owns almost half of the forests in the country, was criticised for not reacting earlier and taking preventive steps. The Czech Republic has suffered from the bark beetle calamity since 2016. Most of the infected forests are in Northern Moravia.