Privileges for Russia's IT industry could lead to higher software prices 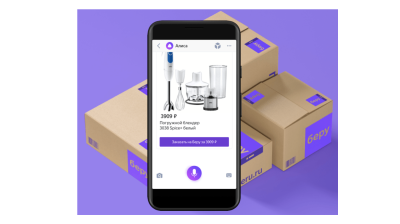 The government intends to slash taxes for IT companies to prevent a brain-drain, but to compensate for lost revenues it may increase VAT on software and online services / wiki
By Vladimir Kozlov in Moscow July 17, 2020

Tax privileges, recently extended by the Russian government to the local IT sector are likely to result in higher software prices as authorities aim to pass their costs onto IT product customers.

In June Russian Prime Minister Mikhail Mishustin presented President Vladimir Putin with the government’s new National Plan for Economic Recovery (NPER) to help the economy get back on its feet following the double hit of an oil price shock and the coronavirus (COVID-19) epidemic. Reportedly, Putin also requested that special support for IT be included in the plan.

One measure that is expected to offset budget losses from privileges offered to the IT industry is the reinstatement of the value added tax (VAT) on software products as of January 1, 2021, an idea proposed by Andrei Belousov, first deputy prime minister, Kommersant reported.

According to the report, the VAT reinstatement could bring an extra RUB42.5bn ($593mn) to the country's budget, offsetting losses from the tax privileges, but software prices will go up by 16%, the size of the VAT.

Support for the IT industry

In his address to the nation on June 23, Putin announced a set of measures aimed at boosting the country's IT sector. The main steps include a cut in the social security mandatory payment rate for IT companies from 14% to 7.6% and a decrease in the profits tax rate from 20% to 3%. The latter will be one of the lowest profits tax rates in the world, Putin stressed.

The measures announced by Putin apparently came as a response to a letter to prime minister Mikhail Mishustin sent by Russia's major IT associations, in which they warned that the country's tech industry could experience a severe brain drain in the wake of the coronavirus pandemic and ensuing economic crisis, unless the government introduces support measures for the sector.

The letter painted a grim scenario, under which by the end of 2021, 10,000 to 15,000 IT professionals could leave Russia unless steps to support the sector are made by the government.

In addition to tax privileges, the government promised subsidies with a total value of RUB11.4bn ($159mn) to companies put on the registry of domestic software manufacturers.

Apparently, the IT sector support steps are likely to come as a serious burden for Russia's cash-strapped government, which it's apparently trying to offset by reintroducing the VAT.

The idea is actually not new. Back in 2017, the Russian government introduced the so-called "Google tax" which is basically the reinstated VAT applicable only to foreign companies selling their digital products and services in Russia.

The tax primarily hit Google and other global tech giants as they had to pay the VAT on all sales, including, for instance, sales of apps on iTunes or on Google Play.

Russian companies were originally exempt from the VAT but the reinstatement of it could have a negative impact on their sales as their product and services are set to become more expensive.

Local IT companies that sell software have been already facing payment arrears, and signing new contracts is taking more time as customers are less enthusiastic, Renat Lashin, executive director of the Local Software association was quoted as saying by Kommersant.

According to Lashin, the IT industry welcomed the support measures announced by Putin, but the reinstatement of the VAT could cancel out the positive effects of the measures.

An increase in software prices due to the VAT hike would have a negative impact on IT companies' competitiveness, Olga Minayeva, director for interaction with government institutions at ABBYY Russia, was quoted as saying by Kommersant, adding that new privileges for the tech sectors should not be accompanied by the removal of existing ones.

Mikhail Pribochiy, managing director of Kaspersky Lab for Russia, CIS and the Baltics, added that he hopes that ideas cancelling out the support measures for the IT sector will eventually be abandoned.

On the other hand, the reinstatement of the VAT on software sales could push major Russian IT companies to more actively look for foreign customers as software exports are not subject to the VAT. 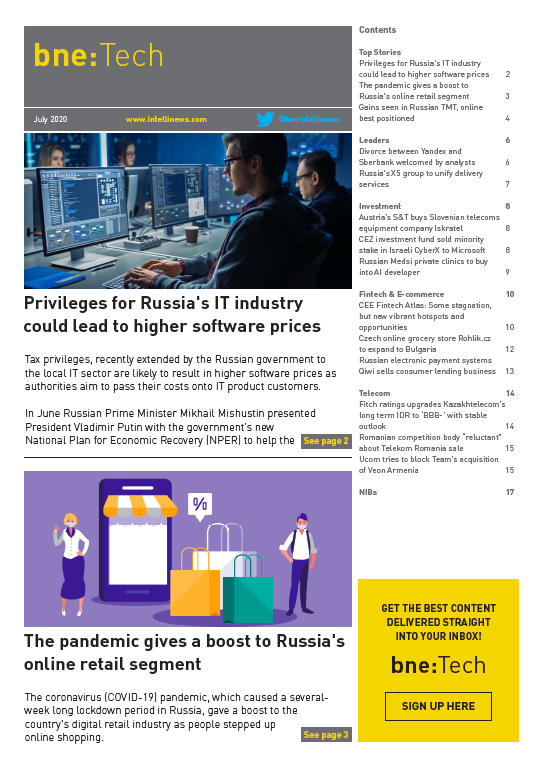