Prices of agricultural products in Serbia shot up by 29.1% y/y in December 2021 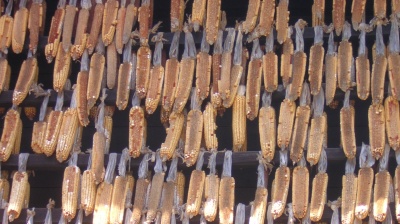 Producer prices of agricultural and fishing products in December 2021 increased by 29.1% on average compared to the same month of 2020, according to the Statistical Office of the Republic of Serbia. For the full year 2021, prices increased by 20.8%.

Prices were pushed up by a combination of a drought in Serbia in summer 2021 and the global rise in energy prices, which in turn increased the costs for agricultural producers, contributing to rising inflation through the autumn.

The sharp rise in food prices prompted the government to introduce a price cap for five basic foodstuffs in 2021, which was extended for a further 90 days from February 8. The cap applies to certain types of sugar, flour, sunflower oil, pork and milk.

Compared to November 2021, producer prices of agricultural and fishing products increased by 0.5% on average in December.

The biggest monthly price increases were observed for cereals (1.3%) and animals (1.0%).

The National Bank of Serbia (NBS)  said in January that inflation is expected to ease from the second quarter of this year, with risks related primarily to the movement of prices of primary agricultural products, world energy prices, the speed of global economic recovery and the duration of problems in global supply chains.

When it comes to domestic risks, inflation will largely depend on the outcome of the next agricultural season, the central bank said. Assuming this is at the average level, this implies a slight increase in agricultural production compared to 2021, which was weaker than average due to the drought.