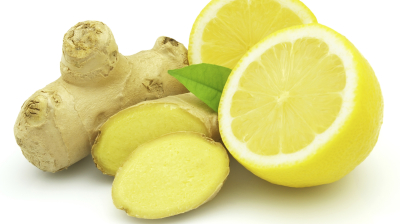 Ginger and lemon drinks have long been thought to alleviate flu virus symptoms in most of eastern Europe.
By bne IntelliNews April 6, 2020

Everyone in eastern Europe remains very superstitious by Western European standards, a legacy of Russia's age-old peasant culture from Tsarist times and foibles like sitting on your luggage for five minutes before you leave on a trip, or refusing to shake hands in a doorway, remain commonplace. And never speculate about bad things happening to you unless you immediately say “toi toi toi” over your left shoulder immediately afterwards.

The ginger shortage has been caused by a ban on imports from China, which is Russia’s main source of the root. Although Russia did not completely prohibit all Chinese fruit and vegetable imports, it did severely restrict them, which massively reduced the volume of Chinese fruit and vegetables in the Russian market. The few products available were already twice as expensive compared to several weeks ago, but rose further after the trade restrictions came in. Many Russian importers are looking for suppliers from other countries to replace Chinese imports, with Turkey being the most important of Russia’s sources for fruit and veg.

The lemon and ginger remedy is a particularly enduring myth. Ukraine’s Yulia Tymoshenko caused a run on lemons in markets across Ukraine when the H1N1 virus hit in 2009 when she was prime minister, by recommending citizens drink hot lemon juice in televised remarks as a way to ward off the sickness. And the demand for lemons and ginger is not limited to Russia and Ukraine.

“Here in [North] Macedonia ginger is also being used lately as [a] home remedy for influenza,” says Valentina Dimitrievska, bne IntelliNews correspondent in North Macedonia. “Eastern culture-related homemade remedies are very popular now in North Macedonia, like many spices – curcuma, black seeds, goji berry – you name it. This new trend has led to the opening of many healthfood stores here.”

The other favourite recourse to battle flus is, of course, alcohol. Belarus President Alexander Lukashenko told a TV reporter last week that Belarusians should protect themselves by washing their hands with vodka and “maybe drink 40-50g a day – but not at work!”

But the use of alcohol as a curative has gone tragically wrong in several recent cases. At least 44 people in Iran died last week from alcohol poisoning and hundreds have been hospitalised after consuming ethanol in a misguided bid to cure or ward off the coronavirus (COVID-19), bne IntelliNews reported.

As a strictly Muslim country, Iranians do not usually drink, but turned to alcohol for legitimate “medicinal purposes” after coronavirus ravaged the country, killing thousands. And it seems they paid dearly for their lack of experience with booze. People across the principally teetotal-country, and especially in Kurdistan in the west and Qeshm in the south, drank various types of ethanol and methanol often with mixers, following advice shared on social media. However, the suggested bootleg drinks for consumption are nearly 90% proof. Iran’s Health Ministry spokesman Ali Ehsanpour said people ended up drinking methanol instead of ethanol, with bleach used to mask the colour of the liquid.

In a related story, at least 37 Turkmen migrant workers died in Istanbul after drinking tainted alcohol in an effort to protect themselves from infection. One cemetery worker said he'd been warned that there would be more victims to bury, reports RFE/RL.

Turkey is helping to drive up the prices of lemon after it announced last week it was suspending the export of the fruit temporarily.

The Western Mediterranean Exporters' Association (BAIB) informed its members that lemon exports will be regulated under the "Communique on the products that are banned from exports or subject to permission" on March 30, and the ban will remain in effect until August.

While lemons are seen to help in the fight against flu, Turks have also been dousing their hands with lemon-scented eau de cologne. Sprinkling your hands with cologne has long been a ritual for a visit to the barber, a meal at a restaurant or even a trip on the bus. It is seen as a sign of hospitality, as well as an aid to hygiene, in a country that sets great store by both. But now Turkish cologne – found in almost every household, either in the fridge or a closet – is seeing unprecedented demand as a weapon in the fight against the novel coronavirus.

And it probably does help, as cologne has a high alcohol content that does kill the virus. Eyup Sabri Tuncer, a leading traditional cologne maker, said it has received tens of thousands of orders in recent weeks. "In order for a healthy delivery to the customers... we have temporarily suspended further online orders," company official Atilla Ariman told AFP.

Turks have turned to even more unusual cures, which so far have killed more people than the virus itself. One harmless version was dreamed up by a businessman in the Black Sea region who has taken to baking his banknotes to make sure they are not infected by the virus.

One prominent columnist, Abdurrahman Dilipak who writes for the Islamist Yeni Akit newspaper, advocated cannabis as a cure for the virus, drawing widespread mockery on social media. Dilipak has previously promoted cannabis as a remedy for diabetes, asthma and high blood pressure, amongst other things.

Another suggestion has been to eat more sheep’s head soup – known as "kelle paca corbasi" – that is revered for its remedial properties against complaints ranging from hangovers to arthritis, but it now been promoted as a way to protect against coronavirus too. Gargling with warm salty water or vinegar is another popular folk remedy.

The problem with most of these cures is they do not provide any protection and lull people into a false sense of security, which means they do not adhere to the recommended behaviour of social distancing, regularly washing your hands and avoiding touching your, which that leads to higher infection rates.