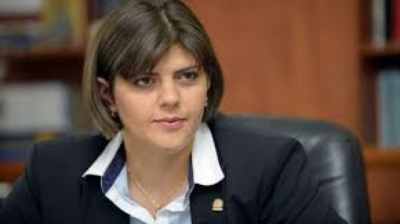 The head of Romania’s National Anticorruption Directorate (DNA), Laura Codruta Kovesi, is under increasing pressure following new accusations from two DNA prosecutors – Doru Tulus and Mihaela Iorga – whom she had asked to be revoked from their posts.

Kovesi, who enjoys public support in Romania and whose activity has repeatedly been praised in European Commission reports on the Southeast European country, has experienced increased intensity in the attacks on her in the past months. A number of top politicians including the leader of the ruling Social Democratic Party (PSD), Liviu Dragnea, want her removed from the top spot at the DNA.

Although her possible resignation has become a topic of discussion in the last few days, Kovesi has said she has no plans to step down. She can still rely on the support of the Romanians who took to the streets in large numbers back in winter to show their support for the anti-corruption fight. In addition, President Klaus Iohannis said on July 4 he sees no reason why the DNA head should resign.

However, the DNA’s intense activity in indicting suspects — including top politicians and some of the country’s richest businesspeople — has won Kovesi as many enemies as admirers.

Last year, the DNA indicted 1,271 people for corruption, including three ministers, the speaker of the Chamber of Deputies, 17 MPs, 47 mayors, 16 magistrates and 21 managers of state companies. More than a quarter of them were indicted for abuse of office. Prosecutors say abuse of office caused damages of €260mn last year.

This contributed to a backlash against the DNA from numerous politicians from both left and right, and repeated accusations of inappropriate links to Romania’s security services.

In January, fugitive businessman Sebastian Ghita broadcast a series of taped testimonies claiming that security services from Romania’s “partner countries” - most likely a veiled reference to the CIA - were involved in the shaping of the DNA, in partnership with the Romanian security services. He also accused Kovesi of being propelled in her career by “foreign secret services”.

The tapes were released by Ghita’s television station immediately before an attempt by the government to weaken anti-corruption legislation and introduce pardons for a number of offences. This sparked mass protests in Bucharest, eventually forcing the government to back down.

However, a new effort to remove Koves now seems to be underway.  Justice Minister Tudorel Toader said on July 3 that he has asked the judicial inspection body to audit the management activity of the DNA and that of the general prosecutor’s office, two institutions which have not been assessed for ten years. This could open the way for Kovesi to be dismissed in case of a critical assessment.

Dragnea is understood to have been disappointed when Toader failed to revoke her appointment earlier this year.

However, Kovesi said on July 4 that more than 126 checks have been carried out at the DNA and no illegal issues have been reported, according to News.ro.

Recently, the pressure on Kovesi escalated further once attacks started to come from inside the institution she heads after recordings of anti-corruption prosecutors’ meetings she attended were leaked to the media. In the recordings, Kovesi appeared to be putting pressure on prosecutors to indict a more significant number of high profile politicians and an unnamed prime minister. Kovesi claimed that the recording was arranged in a way that changed the meaning of her words.

She recently asked for two prosecutors, Doru Tulus and Mihaela Iorga, to be dismissed. The official reason given for Tulus' dismissal was that he had investigated a case involving a person with whom he had some commercial connections in the past, while Iorga was accused of failing to register a denouncement. On July 4, the National Council of Magistrates (CSM) approved Kovesi’s request for the dismissal of the two prosecutors.

However, Tulus, Iorga and a third prosecutor who has not been named have claimed that Kovesi asked all DNA prosecutors to take polygraph tests in order to find out who made the recordings. They refused to take the test, calling it abusive. Iorga also said on July 4 that she had been notified at 10.32 to take the polygraph test at 10.30, according to Agerpres news agency.

Iorga also claimed the tension between herself and Kovesi stemmed from her refusal to respond to various requests, some of them related to the arrest of former tourism minister and close ally of former president Traian Basescu, Elena Udrea, according to News.ro. Iorga claimed that she had been indirectly asked by Kovesi to detain Udrea, but she only asked for judicial control for the former minister. Meanwhile, Tulus said that Kovesi had never liked him and that “the DNA cleansing are done on subjective criteria”. He denied leaking the recordings to the media.