Critics say Nazarbayev's descriptions of himself as a man of leisure enjoying his retirement amount to obvious dissembling. / Айжан Базарбаева.
By bne IntelliNews October 24, 2019

What’s going down in Kazakhstan? It’s just seven months since the country’s ruler of three decades, 79-year-old Nursultan Nazarbayev, installed his handpicked successor Kassym-Jomart Tokayev as president. Everyone accepted that Nazarbayev wasn’t truly gone and would be exercising key powers behind the scenes, but this week brought what could be taken as a rather rude public interruption of Tokayev’s attempts to appear as very much more than a puppet—by presidential decree, it was announced that Nazarbayev would have to give his blessing to most of the ministers selected by Tokayev (at 66 years of age a relatively youthful president for Kazakhstan) for his cabinet.

Kazakhstan watchers immediately asked themselves if the stark decree signified a political struggle among the Kazakh elite. “Yelbasy” (“Leader of the Nation”) Nazarbayev already controls the country’s National Security Council, and is, it goes without saying, immune from prosecution. Under the ruling, Nazarbayev must now confirm the appointments of all but three ministers, with the exceptions being the ministers of defence, interior and foreign affairs—though even this trio will need to be discussed by the National Security Council which, as stated, has Nazarbayev at its helm.

The same approval process is expected to apply to provincial governors and some other senior officials, such as the chief of KGB successor Committee for National Security (KNB), and it doesn’t stop there: Tokayev is even required to consult Nazarbayev over the appointment of the head of his own security detail. 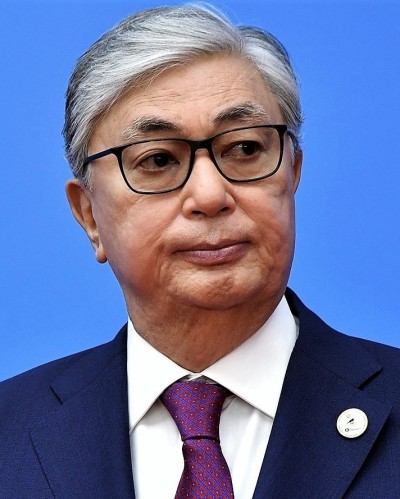 Tokayev may have left some of his predecessor's inner circle fearing they will be exposed to rivals once Nazarbayev departs the scene.

So there we have it. Whatever progress Tokayev has made in his struggle to shed the mantle of “stooge” appears to have been lost. And with the move having been announced amid rumours of a power struggle within the ruling elite—most particularly between Tokayev and Nazarbayev’s oligarch son-in-law Timur Kulibayev—plenty of critics stand ready to connect smoke with fire.

It was perhaps Tokayev’s recent order to investigate people involved in a failed $1.5bn-$1.9bn light railway project involving Chinese investment that showed he has some willingness to go after members of Nazarbayev’s inner circle and entourage, widely referred to as “the Library” as they work out of the First President’s Library.

However, although it might be tempting to look at the phrase “power struggle” and conclude that there is brewing political instability and a real showdown between Tokayev and Nazarbayev on the way, the tensions within the elite actually appear to demonstrate a split between groups loyal to Nazarbayev. The new decree only suggests Nazarbayev wants to arbitrate and contain these internal conflicts rather than entirely derail a surprise political rival.

A report by opposition-oriented analytical website Kazakhstan 2.0: The Expert Communication Channel for the Central Asian Region pushed the theory that Tokayev broke unspoken rules of respect for Kulibayev during his September visit to the city of Atyrau by the Caspian Sea. The visit was officially meant to be part of a 120-year anniversary celebration of Kazakhstan’s oil and gas sector. But it supposedly sidelined Kulibayev, who has long stood as a “key player” in Kazakhstan’s oil and gas industries, partly thanks to his status as head of an important energy lobby group, Kazenergy.

“[Kulibayev] was not even honoured to speak at an extended meeting chaired by Tokayev on the development of the oil and gas industry, which in itself says a lot [about Tokayev and Kulibayev’s relationship],” the report noted.

Kulibayev, who is married to Nazarbayev’s daughter Dinara Kulibayeva, also heads the Atameken National Chamber of Entrepreneurs and formerly chaired the Samruk-Kazyna sovereign wealth fund. Tokayev’s treatment of Kulibayev at the event is held by some observers to be part of a larger squabble for influence over Kazakh business and politics, according to the report. 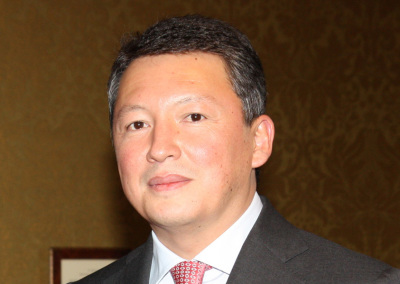 There are those that say Tokayev broke unspoken rules of respect for Nazarbayev's son-in-law Timur Kulibayev, pictured. (Credit: UK Foreign and Commonwealth Office).

“In our estimation, such an attitude by Tokayev and his administration towards Timur Kulibayev is easily explainable. A significant part of the ruling Kazakh elite today is extremely negatively predisposed [to Kulibayev],” the report argues. “One of the reasons is past grievances, [stemming from] when [the Kazakh government] often made decisions in his favour, entrusting him with large projects that he successfully failed: in particular, Rompetrol, the ‘rescue’ of BTA Bank, the attraction of foreign investment into the oil and gas sector and so on. Another reason [for hostility towards Kulibayev] is [their] desire to redistribute property and spheres of influence in their own favour.”

The report goes on to cite anonymous insiders within the government saying that Kulibayev is not the only member of Nazarbayev’s inner circle that the current regime disapproves of. Allegedly another close ally of Nazarbayev, billionaire Bulat Utemuratov, is also on shaky ground. The report contends that both the Kulibayev family and Utemiratov are likely to suffer “material and political” damage, especially once Nazarbayev is gone.

“First of all, Tokayev is forming his own team—in this process, he has to juggle between the representatives of the so-called ‘old guard’, to which he himself belongs, and the young generation of politicians. Moreover, the president is placing a big bet on the latter group,” the report noted.

An emphasis on creating his own loyal team partly composed of the younger generation is likely to further bolster Tokayev’s ability to pressure members of the elite he and his allies fail to see eye-to-eye with. The potential for this much independence was unlikely to be taken lightly by Nazarbayev, who has long been protective of his son-in-law and his daughter. The new powers will help Nazarbayev and “the Library” ensure that the ruling team will not be composed of those with exclusive loyalty to Tokayev.

In the meantime, Nazarbayev strikes an unconvincing pose in public as a man supposedly enjoying his retirement reading classic literature and painting, and assuring state television, as he did in early October, that the claims of infighting among the new and old guard simply amount to misleading rubbish put out there by mischief-makers.

Kremlin VTB bank to be hit by investor class action for seizing foreign shares
10 hours ago
Russian metal giants Rusal and Norilsk Nickel could merge under sanctions
10 hours ago
US and Chinese slowdown will tip the world into recession, says IIF
4 days ago
NEO: Rising in the East, Setting in the West: Russia strengthens trade with Global East
5 days ago
Stagflation fears continue to rise
5 days ago