Polish government outraged by CJEU fine over lignite mine 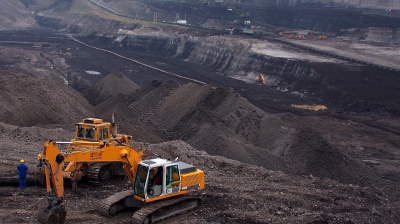 The Czech Republic successfully sued Poland in the European Court, alleging that the Turow mine is lowering its water table. / Anna Uciechowska
By Wojciech Kosc in Warsaw September 22, 2021

Poland’s top political figures were adamant on September 21 that they would not pay anything of the €500,000 daily fine, imposed the day before by the Court of Justice of the European Union (CJEU) for not suspending operations at one of the country’s key lignite mines.

The Turow mine, which sits right on the Polish-Czech border, is at the centre of a dispute between Warsaw and Prague, with the Czechs claiming that Poland expanded the mine’s area and prolonged its extraction concession with disregard to the EU’s environmental assessment impact directive.

The mine is allegedly lowering the water table on the Czech side, Prague says. That is a typical effect of open-cast mines.

Czechia sued Poland in the CJEU in February over the mine’s extension. The court issued an interim measure in May, telling Poland to halt the mine’s operations immediately. Poland has not complied and was ordered to pay the daily fine on September 20, much to the outrage of the ruling rightwing coalition, led by Law and Justice (PiS).

“The CJEU demands half a million daily fine from Poland for the fact that Poland did not leave its citizens without energy and did not close the mine overnight. This is not even blackmailing, it is judicial robbery and theft in broad daylight. You won't get a penny,” Deputy Justice Minister Marcin Romanowski tweeted.

Turow feeds lignite to a nearby power plant, which supplies up to 7% of the country’s electricity, and to stop the extraction would threaten the stability of Poland’s power grid and threaten electricity supply, Warsaw says.

Poland derives 70% of its electricity from burning coal and lignite. The country is planning to bring that down to no more than 28% by 2040 by replacing old coal- and lignite-fired power plants with offshore wind and nuclear power plants.

“No decisions of the CJEU may infringe upon the areas related to the basic security of the member states. Energy security is precisely one such area,” the Polish government said in a statement on September 20.

Poland has disputed other CJEU rulings, relating to the government’s reform of the judiciary, which the government says is a policy area over which no EU institution can have any say.

Warsaw proposed to remediate the mine’s impact following a negotiated agreement between the two countries but the talks are apparently stalled with no solution in sight.

The fine “undermines the ongoing process of a friendly settlement”, the Polish government said.

Poland has also complained that the Czechs are torpedoing the settlement, claiming the upcoming October 8 election in Czechia might have to do with Prime Minister Andrej Babis playing it tough in a show for the domestic audience.

First official results from Bosnian elections put nationalists ahead after exit polls predicted losses
8 hours ago
Georgian MPs want to rid the country of oligarchs, but not all of them
8 hours ago
Hungary agrees on deferred payments with Gazprom for winter gas deliveries
8 hours ago
US sanctions Russia’s CBR head Nabiullina and other officials
9 hours ago
Russia prepares for new attacks against Ukraine from Belarusian territory
9 hours ago