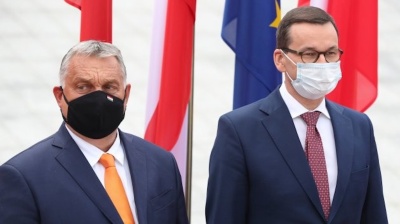 Poland would be ready to drop its veto of the EU’s €1.8 trillion financial package if EU leaders endorse an explanatory declaration on the link between EU funds and the rule of law, Poland’s Deputy Prime Minister Jaroslaw Gowin said on Thursday after meeting several top European Commission officials in Brussels.

Gowin said Poland realised that veting the EU budget for 2021-2027 and the fund would hurt Poland and other EU countries financially.

Poland alone would lose access to €64bn in the Reconstruction Fund.

Poland and Hungary continue to block the EU's €1.1 trillion seven-year budget and €750bn recovery fund because of the rule of law conditionality attached to payouts.

Unless there is an agreement at the December 10 EU summit, a contingency payment system with a provisional budget will come into force.

Gowing told reporters that an interpretative declaration could be a clear statement from the European Council that the conditionality rule would not be used to exert unjustified pressure on individual member states in areas other than the proper use of EU funds,

The Hungarian government did not comment on the news.

Hungarian Prime Minister Viktor Orban and his Polish counterpart Mateusz Morawiecki said they would only accept an EU budget deal that benefits both of them at a joint press conference in Budapest last week. On Monday the two leaders met again in Warsaw for the second time in five days. They expressed their openness to new proposals coming from the German presidency.

“We underline that the agreement concerning the budget must be in accordance with the treaties and the conclusions of the July summit,” they announced.