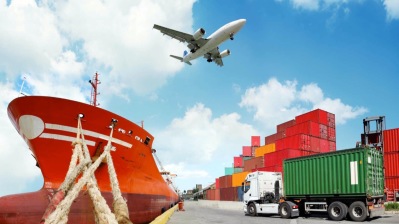 Poland displaced Russia as the top buyer of Ukrainian goods in February according to the latest data available from Ukrstat.

Russia has long been Ukraine’s main trade partner as the two economies remain intimately intertwined. However, relations have crumbled since the annexation of the Crimea in 2014 and trade has fallen thanks to numerous embargoes as the two countries are fighting an undeclared war.

Ukraine’s trade with Russia dropped 11% q/q in the first three months of this year to $2.4bn. Between January and March Ukraine sold $818mn worth of goods to Poland, compared to $759mn to Russia, according to a press release from the Customs Service.

And Ukraine’s trade with Russia is expected to drop further after Russia announced a new set of embargoes on oil and coal exports on April 24.

The measures imposed by a government resolution will take effect on June 1. The restrictions mean that the country's exporters will have to apply for special permission from the Russian Ministry of Economic Development.

Evgeniya Akhtyrko at Kyiv-based brokerage Concorde Capital believes that this latest spiral in the trade war between Ukraine and Russia will further harm Ukraine’s foreign trade, with imports of oil products likely to be the most negatively affected.

In 2018, Ukraine’s imports of petrol and petrol products (including gasoline) from Russia amounted to $2.1bn, or 37% of total exports in this group. This means that Ukrainian oil importers will need to find other supplies within a very short period of time. The domestic economic situation will also be harmed, with shortages on the retail gasoline market to be very likely, as well as price fluctuations, the expert believes.

The breakdown of trade statistics show that Ukraine has built up a well diversified trade portfolio. After Ukraine signed the Deep and Comprehensive Free Trade Area (DCFTA) with the EU, Ukraine’s trade with the EU has expanded, up 10% in the first quarter compared to the previous quarter to $9.5bn. The EU accounts for 38% of Ukraine’s foreign trade.

However, the export quotas for Ukrainian goods headed to the EU remain very small, and cap further growth of Ukraine's trade. The title of Ukraine's trade deal with the EU is decpetive as it is neither "deep" nor "free", but actually shallow and restrictive, forcing Ukraine to look elsewhere for customers for its goods and services.

Ukraine used up its entire 2018 duty free quotas for wheat, maize, honey, grape and apple juice supplies to the EU by the middle of January. After the quotas are used up normal higher duties apply. Ukraine is not a member of any of the EU’s other trade deal clubs that come with preferential duties.

Agricultural products are the main export product to the European Union and grew by 24.4% to $1.88bn in the first quarter, while imports grew by 9.9%, according to acting Minister of Agrarian Policy and Food of Ukraine Olga Trofimtseva.

Farm produce imports in the first quarter totalled $734.6mn, having increased by 9.9% y/y. With a bit more than one month left to go in the current agricultural marketing year, Ukraine has already exported more grain than in all of 2018.

However, given the small size of the EU export quotas Ukraine has managed to successfully diversify its export portfolio and Egypt now ranks as its third largest trade partner accounting for 5.9% of its external trade in February, up from 4.5% a year earlier. Egypt has become a major importer of Ukrainian grain.

From the top 15 trade partners eight are EU members, but other emerging markets of Russia, Turkey, China and India are all also important partners accounting for between 3% and 7% of Ukraine’s trade. Egypt, Turkey and India accounted for 16.1% of the total trade turnover in February between them.

Poultry meat exports are a good example of how Ukraine has diversified its exports. These were up by 38% q/q in the first quarter to 103,000 tonnes worth $147mn, according to the Ukrainian Food Export Board, and the top buyer was Saudi Arabia which bought a quarter (27%) of the total, or $40mn. Other big importers of chicken meat, which is one of the biggest agricultural exports after grain, were the Netherlands (16.5%, $24.3mn) and Slovakia (10%, $14mn). Last year, Ukraine exported 330,000 tonnes of chicken meat, making it the seventh largest poultry meat exporter in the world.

Ukraine still needs to export more. It continues to run at least a $2bn a year trade deficit with both Russia and the EU, but posted an overall $336mn trade surplus in the first quarter and in March the surplus rose further to $652mn.

Nevertheless, with heavy debt repayments that have just gone up by a half this year and are expected to grow to between $12bn and $15bn in the coming years, Ukraine is running a current account deficit that reached $650mn in March from $299mn in February due to a Eurobond coupon payment, the National Bank of Ukraine (NBU) reported on April 28.

The $555mn coupon payment on international Eurobonds caused a negative balance in primary income of $111mn in March (vs. a surplus of $501mn in February). In 1Q19, the current account deficit amounted to $422mn versus $525mn in the first quarter of 2018.

But thanks to the ongoing diversification Ukraine is making progress with increasing exports and the goods trade deficit in March contracted to $800mn from $1.0bn in the previous month.

The balance of payments equation is currently being balanced by the loans from Ukriane’s international donors. The March financial account surged to $1.3bn versus a $49mn deficit in February, partly due to a Deutsche Bank loan for €529mn attracted by the government on February 28 under a guarantee of the World Bank. These loans are only possible thanks to the renewed International Monetary Fund (IMF) Stand by arrangement (SBA) signed in December last year.

However, analysts worry that the contracting goods trade deficit is not likely to be a sustainable trend this year. “We expect goods imports to pick up as Ukraine’s needs in imported mineral products (namely, oil and gas) are not likely to decline this year. In addition, high investment demand will boost the imports of machinery,” Concorde Capital said in a note in April. "At the same time, the current growth of goods exports is being driven by surging agricultural exports after a record-high grain harvest last season, and this factor will fade away in 2H19. Meanwhile, other important export items like ferrous metals are not likely to demonstrate a confident growth trend in the nearest future.”

Concorde Capital expects the current account deficit to enlarge to $5.5bn in 2019, verses $4.5bn in 2018, due to the growing trade deficit.

The EU could help by significantly expanding Ukraine’s export quotas, but as Ukraine’s most important export products are agricultural that is unlikely to happen thanks to the protectionist European Common Agricultural policy. At the same time Ukraine needs to develop its non-agricultural production in manufacturing in particular, but with the poor investment climate the country has failed to attract any significant foreign direct investment (FDI) in the last four years and a miasma is lying over the investment climate due to the sporadic growth and lingering political uncertainties – both domestic and with Ukraine’s relations to Russia.

The economics of herding in Mongolia
1 day ago
EXPLAINER: how a price cap on Russian oil might work
1 day ago
Russia catches a nasty dose of the Dutch Disease
1 day ago
Sky-high inflation forces more Russians to take out “pay-day” loans
5 days ago
Death of China-to-Russia cargo transit routes means it’s all aboard for Kazakhstan
5 days ago