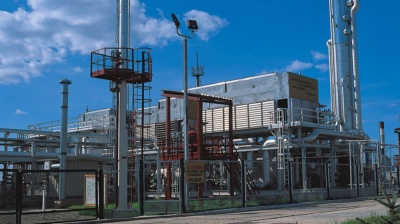 Ukraine produces 20 bcm of gas a year and imports another 15 bcm, but it has enough gas to produce an extra 30 bcm and close the energy deficit gap / wiki
By bne IntelliNews April 29, 2021

Ukraine has a gas deficit. It has to import some 15bn cubic metres (bcm) of gas every year, which it used to get from Russia, but now buys from its partners in Western Europe. But the imports remain huge drain on the budget. Now the national gas company Naftogaz has started a drive to increase the amount of gas Ukraine procures and close the deficit.

Ukraine is not rich in gas deposits but it does have two sizable basins in the east and west of the country that already produce some 20 bcm a year, meeting just over half the country’s needs.

As part of the renewed privatisation process the government has been auctioning off rights to explore and produce gas using its ProZoro online auction system and investors have been taking an interest.

The implementation of the existing project portfolio of Ukrainian gas producing companies could lead to an increase in gas production to 30 bcm of gas per year for 10 years, which will allow the country to cease its imports completely, Naftogaz said in a press release on April 28. Such an increase in production would lead to the creation of 22,000 new jobs in the industry, a rise in budget contributions of UAH145bn ($5.2bn) and of GDP growth by UAH345bn ($12.4bn), the company said, basing its estimates on a study it commissioned from KPMG in Ukraine.

Recoverable gas in the subsoil of Ukraine is enough at least for another 30 years at consumption of 30 bcm per year, Oleh Neplyakh, partner, head of industry practices for energy and natural resources at KPMG, found.

"Over the past five years, Ukraine has spent more than $35bn on procurement of natural gas, oil and petroleum products. If we translate these figures into national currency, it is almost UAH1 trillion. For comparison, this is slightly less than planned budget revenue for this year. No doubts, import substitution can significantly increase [the] country's energy and economic security," Artem Petrenko, executive director of the Association of Gas Producers of Ukraine, said.

As part of the energy sector reforms which have already seen gas transport unbundled from production with the creation of the GTSO pipeline operator, the government is also liberalising access for gas producing companies to large and promising oil and gas fields both onshore and offshore.

"Naftogaz has already commenced projects in new areas entrusted to us by the country – in Yuzivska area, in the Black Sea and new production-sharing agreement [PSA] areas. We are determined to increase gas reserves to 600 bcm over the next 5 years. This means not only [transferring] from maintaining gas production, [but] steadily increasing it,” Otto Waterlander, chief operating officer of Naftogaz Group, said.

But to attract investment the government needs to push ahead with its reform agenda as well as create financial incentives to attract the international energy companies.

"Fiscal stimulation and predictable tax policy are crucial for development of [the] Ukrainian oil and gas branch,” Nataliia Grebeniuk, executive director of local energy company DTEK Oil & Gas, said. “Only under such conditions, companies will be able to evolve, make system[at]ic investments into their technological development, increasing efficiency and environmental friendliness of operation. Over the last year, DTEK Oil & Gas invested about UAH3bn into development of the national gas production, which is a substantial contribution into economic and social development of Ukraine, into approaching of its energy independence.”

First official results from Bosnian elections put nationalists ahead after exit polls predicted losses
11 hours ago
Georgian MPs want to rid the country of oligarchs, but not all of them
11 hours ago
Hungary agrees on deferred payments with Gazprom for winter gas deliveries
12 hours ago
US sanctions Russia’s CBR head Nabiullina and other officials
12 hours ago
Russia prepares for new attacks against Ukraine from Belarusian territory
12 hours ago