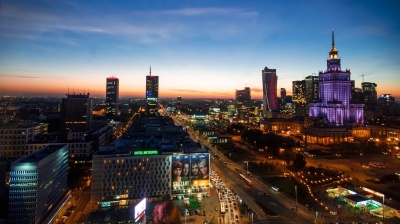 Poland appears to have weathered the first wave of the pandemic better than many of its neighbours. / https://fshoq.com
By Wojciech Kosc in Warsaw January 20, 2021

As everywhere else, the No. 1 story in Poland in 2021 will be the recovery from the coronavirus (COVID-19) pandemic. Poland, which emerged pretty much unscathed by the previous global crisis — the financial meltdown of 2007-2008 — appears to have weathered the first wave of the pandemic as well.

Poland’s well-diversified economy should take credit for the relatively mild impact of the coronavirus crisis so far, analysts say. Poland is the least exposed country to tourism in the OECD, while also having big agri-food and business services sectors, both relatively resistant to the crisis.

Poland’s surging exports of durable consumer goods also helped, especially in the second half of the year. Finally, the country has attracted a good deal of investment in industrial branches — automotive being a case in point.

Last but not least, the government quickly stepped in with substantial help, even if its efficiency is being questioned now by many businesses.

Polish industrial exports grew rapidly in the second half of the year. Before the pandemic in Poland, there was a lot of foreign direct investment in promising sectors, e.g. in the new automotive industry. Now it is paying off. All this was combined with relatively aggressive and effective relief efforts.

The initial predictions of a recession of -6% or even deeper have been gradually revised with each new dataset from the real economy once the shock of the first lockdown began subsiding in May. The current consensus is that the recession will take place — avoiding it completely was never on the cards — but it will be mild, not even -3% in 2020, some analysts venture to say.

Leading Polish banks expect the recovery in 2021 to be at least 3%, with the forecast average as high as 4.1%. A slightly sharper picture of how solid the economic rebound will be should emerge sometime in late January or February when it will become clear how well — or how badly — the authorities have handled the national vaccination programme.

Poland’s growth could also be helped by the influx of new money from the EU budget for the years 2021-2027, although 2021 may well be a preparation year of planning to take advantage of the funding, so its real impact may not show until 2022.

Politically, this could be another year of tension and unrest, especially if economic recovery is sluggish or otherwise impeded by the pandemic taking unexpected turns, such as the emergence of new strains of the virus. That might make the tripartite coalition government, led by Law and Justice (PiS), vulnerable to street protests.

Another potential flashpoint could arrive with the publication of the hugely unpopular ruling of the government-controlled Constitutional Tribunal, which outlawed virtually all possibilities for women to have a legal abortion. The ruling brought hundreds of thousands of angry protesters to the streets in October and November. If the government orders the formally independent tribunal to publish the ruling, protests are likely to erupt again.

But the PiS-led government has maintained a steady lead in the polls and will not be tested in elections until 2023, giving it a manageable period to address political woes rife in post-pandemic Poland. How effective the government will be in doing that remains an open question, not least because of the internal tensions in the coalition. Unless support for the government drops dramatically, the opposition appears unlikely to mount a successful political challenge to it in a non-election year.

For the full report please see the attached file: