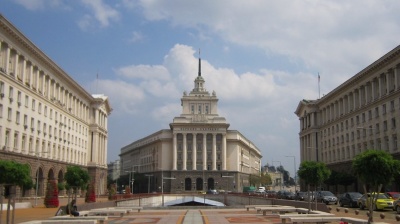 Bulgaria’s macroeconomic prospects for 2020 are positive, with international institutions projecting economic growth above 3%. As usual, the growth will be backed by private consumption. Investment should also contribute to GDP expansion mainly thanks to the absorption of EU funds, which accelerated towards the end of the 2014-2020 funding period.

According to the European Commission, GDP will grow by 3% in 2020, slowing from the 3.6% expansion projected for 2019. Domestic demand is expected to continue losing some growth momentum, but should remain the main growth driver.

The European Bank for Reconstruction and Development (EBRD) also expects that Bulgaria’s economy will slow its growth to 3% in 2020. The International Monetary Fund (IMF) was slightly more optimistic, setting its 2020 projection for GDP growth at 3.2%. As usual, the government in Sofia has the most optimistic projection, expecting economic growth of 3.3% in 2020.

Bulgaria’s inflation is expected to slow down in 2020 compared to 2019, but it still could jeopardise the country’s hopes of joining the Exchange Rate Mechanism (ERM2), according to Raiffeisen Research. To meet the Maastricht criteria, Bulgaria’s inflation should be no more than 1.5% above the inflation rate of the three EU member states with the lowest inflation. According to the IMF, consumer prices will accelerate 2.2% in 2020 from an estimated 2.5% in 2019. The government has projected 2020 inflation at 2.1%.

The main factors pushing up prices will come from the dynamics of wages and salaries and administratively regulated prices, according to Raiffeisen Research. At the same time, Bulgaria has structural labour market issues due to the noticeable shortage of skilled labour in key sectors such as industry, education and tourism, which are holding back economic growth.

Gerb leads the polls but shaken by scandals

2020 is not an election year in Bulgaria, but parties will be positioning themselves ahead of the term elections due to take place by May 2021.

Bulgaria’s political life has been far from quiet during the latest mandate of third-time Prime Minister Boyko Borissov. Although his Gerb party is still on top of the polls, the EU and local elections in 2019 showed that it is losing support. Several major scandals have shaken the party and cost the political careers of ministers and top party members.

An early election seems unlikely as Borissov enjoys a comfortable majority in parliament and is also backed unofficially by two of the opposition parties, the ethnic-Turk Movement for Rights and Freedoms (DPS) and the small Volya party.

However, he is facing criticism from the EU about the lack of any progress in reforming the judiciary and might lose even more votes if the country does not get a green light to join the Exchange Rate Mechanism (ERM2) in the coming months. The government has set April 30, 2020 as a new target date for joining ERM2, seen as the eurozone “waiting room”.

With the scandals surrounding Gerb, new political projects have found some room to develop. Although their support is not that significant, three have potential to develop in the coming years and enter the next parliament.

Democratic Bulgaria, a coalition of three parties that strongly criticise Borissov’s politics, gained enough votes to send one MEP to the European Parliament in May 2019, and won almost half of the mayoral positions in the Sofia districts and several in the bigger cities too in the October local election. The coalition is seen as a potentially significant factor in the next parliament.

Another political party that could attract support in the coming months is showman Slavi Trifonov’s No Such State, as Bulgarians have a history of backing charismatic individuals.

Trifonov could gather support from the large number of Bulgarians who tend to seek a strong leader to follow and have been disappointed in the past. The same recipe as that offered by Trifonov has been used by Borissov and, before him, by Simeon Borisov Saxe-Coburg-Gotha, Bulgaria’s last tsar before the communist era who served as prime minister between 2001 and 2005. Now that Borissov’s appeal as a man of the people seems to be fading away, some of his followers are looking around for a new leader with similar qualities.

However, while some analysts believe that Trifonov could take around 15% of the vote in the 2021 general election, others consider his moment to enter politics might have passed.

Another project that may be able to break the status quo is the pressure group created by Maya Manolova. A former member of the opposition Bulgarian Socialist Party (BSP) and former ombudsman, she narrowly lost the race for Sofia mayor in October 2019. Manolova claims she will not turn her civil project into a political party, but analysts believe she could decide to join the race for the next parliament.

Bulgaria’s parliament approved a balanced budget for 2020, setting revenue and spending at BGN46.8bn (€23.9bn) each. The budget envisages higher spending on pensions, wages of teachers and workers in the public sector, and increased spending on healthcare.

These costs will be covered by higher revenue from value added tax, excise duty and personal income taxes. Tax revenue is planned at BGN26.1bn, up from BGN23.1bn in 2019.

However, according to Raiffeisen Research, Bulgaria’s budget for 2020, which is intended to be balanced, is a repetition of the previous budget, which “replaced urgent structural reforms with more budgetary expenditure on unreformed sectors”.

Critics of the 2020 budget have said that the government has not included any buffers that could be used in case of economic crisis. The government has responded that aiming for a balanced budget is in itself a buffer.

Bulgaria’s public debt is traditionally low at around 20% of GDP. According to Moody’s, the low level partly offsets the negative effect of the high share of foreign-currency debt (75%), almost entirely denominated in euros.

Bulgaria is aiming to adopt the euro, and the main challenge for Bulgaria in 2020 will be to prove it can join the European Banking Union. To get approval from the European Central Bank (ECB), Bulgaria must implement its recommendations following stress testing of six Bulgarian banks, which found capital shortfalls at two of them, First Investment Bank (FIBank) and Investbank.

The Bulgarian banking sector remains stable and has been posting robust growth. Banks’ combined net profit stood at BGN1.39bn (€649mn) in the first ten months of 2019 compared to BGN1.38bn in the same period of 2018, according to the latest available central bank data.

The banking sector's net operating revenue expanded to BGN3.52bn through October, up from BGN3.45bn a year earlier. Gross interest slightly increased to BGN2.56bn from BGN2.52bn in the first ten months of 2018.

The banks' total assets increased to BGN113.3bn at the end of October, from BGN103.19bn a year earlier.