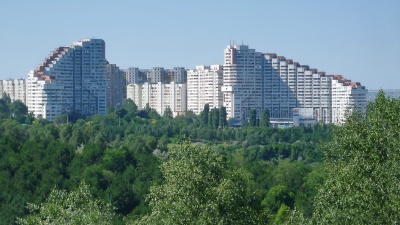 Moldova boasted robust growth rates of around 4.5% in 2018 and may perform similarly in 2019, but the outlook is pretty volatile because of the upcoming general and local elections.

The political situation deteriorated in 2018 after a court invalidated the mayoral elections in the capital Chisinau won by the pro-EU opposition's candidate. Things might get even more complicated in 2019, as the parliamentary elections are very likely to ignite a political crisis of a magnitude last seen in 2016.

Polls show the pro-Russian Socialist Party of President Igor Dodon has strengthened its position as the pro-EU parties are divided, but the Socialists are unlikely to have enough MPs to form a majority in the parliament.

Meanwhile, the senior ruling Democratic Party is seen as opportunistic and ready to change its orientation to optimise its leader Vlad Plahotniuc’s personal gains. Without rivalling top oligarchs in other former Soviet countries, Plahotnuic still enjoys significant wealth and is understood to hold significant informal power over key systems of the country (judiciary, law enforcement, intelligence). This is why it is hard to support any scenario under which he would entirely lose power despite his party enjoying very thin support among voters. The Democrats also command much more support from local administrations than among the general public, which tends to be important in low-income countries.

Moldova’s projected growth rates are insufficient for the country to catch up with the least developed countries in the European Union that remains for the time the external orientation of the former Soviet Union country.

Independent growth forecasts point to high volatility prompted by political turmoil. Moldova’s economy might decelerate to 3.5% in 2019 from the 4.2-4.6% growth in 2018, under the pessimistic scenario drawn up by independent Moldovan think-tank Expert Group in a recent report, but it might accelerate as high as 5.3% under the optimistic scenario.

Uncertain monetary policy after the unexpected resignation of the central bank governor in November and the elections in 2019 generate most of the risk.

Growth would, under either of the two scenarios, lag behind the 7-8% pace required for relevant convergence toward regional economies, the think tank concluded.

The political risks also translate into threats to budget execution. The revenues projected in the 2019 budget are already overestimated and expenditures might increase above the target around the elections, the think tank warned.

“Missing the foreign assistance and incurring smaller tax revenues than expected will force the government to increase internal borrowing, or might even require increasing certain taxes,” according to the Expert Group report.

Concerning macroeconomic indicators as a whole, the current account deficit has seen the most worrying evolution. Expert Group analysts mentioned that remittances from emigrants, a key source of financing for consumption and therefore economic growth, have increased more slowly recently.

In addition for the potential for internal political turmoil, an economic slowdown in Europe would have a major impact on Moldova. The country’s industrial production index increased by only 1.5% y/y in Q3, decelerating from the 10.8% y/y advance in Q2, according to bne IntelliNews calculations based on statistics office data. The manufacturing sector’s activity contracted marginally (-0.1% y/y) in annual terms.

Moldova’s industry gained 3.5% y/y in 2017 after modest performances in the previous two years. It strengthened at a robust rate during the first half of 2018, when it advanced by 8.6% y/y. But the negative performance in September (-3.2% y/y) dragged down the whole quarter’s performance. Production in the food industry plunged by 23.2% y/y in September and by 3.9% y/y in Q3.

It is premature to predict Moldova’s industry will undergo a significant slowdown, but the activity volume remains constrained by the limited production capacities. The lack of investments was singled out by Expert Group as the major threat to the country’s medium term economic growth.

Aside from domestic sources, Moldova relies on international financial institutions and donors to finance its budget, and has not tapped international market. Funding from IFIs is complicated by the political situation in the country.

The IMF started a three-year programme with Moldova in early 2017, after the country had undergone a severe banking sector crisis.

The European Parliament voted in 2018 to put on ice the €100mn macro-financial assistance earmarked for Moldova, and the country received negative reviews from MEPs for its slippages in the area of democracy and rule of law. The funds will now be disbursed only after democratic elections are held in 2019. Failure to strengthen the rule of law (and there are no major reforms under way) would result in further deterioration of the country’s performance under the Association Agreement with the EU.

Meanwhile, the overhaul of the banking system, which was hit by massive frauds that surfaced in 2014, is in progress. Unless the authorities manage to recover the lost funds, the $1bn will eventually be absorbed by Moldovan taxpayers.

Despite the anticipated increase in political uncertainty, Moldova has become an interesting option for European manufacturing companies faced with tight labour markets in more advanced countries in the region (Romania particularly).

This is likely to support industrial growth but risks pushing the country into the low-income trap, though on the other hand, retail chain Kaufland has entered the market, meaning it expects a certain improvement in households’ incomes.

And while European manufacturing companies are developing production capacities in Moldova mainly in the automotive industry, the lack of trained workforce (many Moldovans are already working in Russia or Western Europe) is a major obstacle. Unemployment is at a very low level mainly because so many of the active population are working abroad.