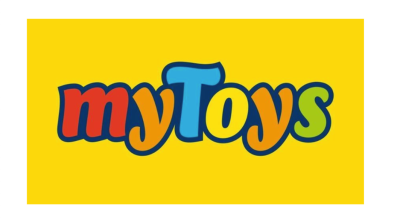 myToys, an online retailer of children’s goods owned by Otto Group, ceased its activity earlier this month in Russia after more than 10 years of operations, reports East-West Digital News (EWDN).

With several major online properties, Otto Group once held several top positions on the Russian e-commerce scene. In 2014, however, it shut down two major sites, Otto.ru and Quelle.ru, partly due to the decreasing income of the Russian population and the ruble’s depreciation since 2014.

Now the German group has only one remaining e-commerce site in Russia, Bonprix.ru. At 30th place in Data Insight’s e-commerce ranking, this site generated an estimated RUB13.14bn (around $180mn) in sales revenue in 2020, up 18% year on year.

In a recent interview with New-Retail.ru, Otto Group Russia general manager René Picard reminded how successful the German group had been in the Russian market with its mail catalogues. But this situation “changed radically” as online business progressively out-competed mail ordering.

“This is what we encountered at Otto Group worldwide: we had to switch from print catalogues to e-commerce, which required large investments in IT and logistics. We could not change all the markets at the same time, and it was quite a difficult situation for the Otto Group” – suggesting that investing in Russia was not considered to be a priority.

However, “unlike the European market, the Russian e-commerce market is not saturated,” he added: “There is more room for development here than in Western Europe, so we think that both eSolutions [the group’s local B2B fulfilment offer] and Bonprix will grow further.”

Picard said Bonprix.ru still has its marketing team based in Germany. “I think these things work pretty much the same all over the world. But in some cases, there are differences,” he conceded.

Contrasting with Otto Group’s properties, some other Western retailers saw their online sales grow dramatically amid the pandemic. In 2020, Ikea generated almost $566mn in online sales revenues (up 175% from 2019), while its French competitor Leroy Merlin made around $524mn (up 217%), according to Data Insight.

On its side, Auchan has just announced a massive investment plan – at least $277mn – to develop digital services in Russia in the coming years.