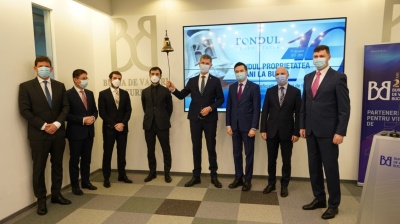 Romania’s Fondul Proprietatea (FP) celebrated the tenth anniversary of its listing on the Bucharest Stock Exchange (BVB) earlier this year. Since 2011, several of its portfolio companies have also listed on the exchange and the long-anticipated IPO of its largest portfolio company, hydropower producer Hidroelectrica, is finally expected in late 2021 or early 2022.

FP listed on the BVB the year after US-based investment firm Franklin Templeton took over as the fund manager. This was followed in 2015 by a secondary listing on the London Stock Exchange, where portfolio companies electricity distribution company Electrica in 2014 and gas company Romgaz in 2013 had already carried out dual listings.

Today FP, originally set up to compensate Romanians who had lost property and other assets under the former communist regime, is the most-weighted company on the BVB’s blue-chip BET index, just ahead of the largest local bank, Banca Transilvania. It is also the most traded stock on the BVB – its traded volume represented 35% of the total equities volume on the BVB between 2011 and 2020 – and it is the fifth largest listed company on the exchange. It was the first company to introduce buy-back programmes, tender offers and accelerated bookbuild offerings on the exchange which, it said, later become popular among local issuers.

“The fund has not only generated excellent returns for its shareholders, but has also, under the professional and diligent stewardship of the fund manager, made a significant contribution to the development of the capital market in Romania,” said Piotr Rymaszewski, chairman of board of nominees of Fondul Proprietatea, at a ceremony in January to mark the 10th anniversary of its listing.

“The push for positive changes across the Fund’s portfolio companies has unlocked significant value over the past decade. It has been a rewarding journey, in which the team has innovated, opened new avenues, and helped contribute meaningfully to the progress of the local capital market,” said Johan Meyer, portfolio manager and FP.

Unsurprisingly FP, which acts as a proxy for major Romanian listed companies, has suffered a hit from the pandemic. FP made a net loss of RON102.9mn (€21.13mn) in 2020, compared with a RON3.1bn net profit in 2019, which it attributed to the coronavirus (COVID-19) pandemic. The main contributor to the loss was the negative net change in fair value of its equity investments, though this was partly netted off by gross dividend income from portfolio companies of RON1.2bn, the fund said.

The fund also reported a strong performance of its share price in the second part of 2020, following the rebound of global stock markets. This led to a historical high share price of RON1.450 per share on December 30, 2020, while the discount to the NAV dropped to a low of 9.71% on the same day.

The IPO of Hidroelectrica – accounting for around half the size of the fund by value – is anticipated in late 2021 or early 2022, the company's CEO, Bogdan Badea, said in January. FP owns a 20% stake in the hydropower company that according to Fondul Proprietatea’s estimates has a market value of around RON26bn (more than €5bn) in total.

The government decided back in 2013 on the listing of 10% of Hidroelectrica's shares, but the process has met many obstacles in recent years, most recently the coronavirus (COVID-19) pandemic and the adoption of the law blocking the sale of shares in state-owned companies. Now Hidroelectrica will finally be able to launch the IPO after the current centre-right ruling coalition decided to change the law to enable the sale of shares in state-owned companies.

FP has long pushed for the IPO of Hidroelectrica. It has already reduced the size of its portfolio considerably in recent years. In 2015, FP’s portfolio comprised 49 companies, down from almost 90 following a series of sales and IPOs. By the beginning of 2021, this had fallen further to 32 companies: six listed and 26 unlisted.

The fund has sold its easier-to-sell stakes in listed companies such as Transelectrica, Transgaz, Romgaz and Conpet, and significantly reduced its holdings in OMV Petrom. In February it emerged that FP had exited its entire state in Romanian nuclear energy company Nuclearelectrica.

Commenting on the exit during an online press conference on March 24, Meyer told journalists: “We constantly look at the portfolio and we look at the potential in every investment on an ongoing basis. We got to the point where we were looking more intensely at Nuclearelectrica and the potential returns that could be generated going forward and we made the decision to sell. A block of it was a large transaction that would be incredibly difficult to execute on the market on an ongoing basis.”

In answer to a question on why FP doesn’t buy into other Romanian companies, Meyer pointed out: “We need to keep in mind from a historical point of view the fund has continued to trade at a discount to NAV, which becomes very difficult to justify when you are using cash that is being realised from investors in the portfolio to reinvest in lots of companies at a discount. The reality is the shareholders can own the listed shares directly at no discount to themselves, as would happen via Fondul.

“Looking at the current situation, we are pleased to see a contraction of level of discount to NAV … However, it still makes sense to continue using discount control mechanisms considering the upside potential we see in the portfolio, especially for unlisted investments where we continue to employ a conservative approach to valuation and upside can be realised by bringing companies like Hidroelectrica, or Bucharest Airports at some point, or Salrom to the stock exchange.

“We still believe immense value that can be unlocked by bringing unlisted assets to the market,” Meyer concluded.

In pursuing the privatisations of its portfolio companies, FP fund managers have frequently clashed with the Romanian government – the majority shareholder in many companies in which FP owns a minority stake – over how they should be managed and privatised.

Since Franklin Templeton became manager of Fondul Proprietatea, the investment firm has been working to improve corporate governance, through pushing for reforms to Romanian legislation as well as changes within its portfolio companies.

As a shareholder at Hidroelectrica, FP was involved in the battle against the so-called “smart guys” – the company had been hamstrung by contracts signed under previous managers, under which it sold electricity at a loss to private traders, dubbed “smart guys” by the company. These were cancelled, but not without difficulty. Progress was finally made in early 2015, when Hidroelectrica won several court cases against the traders.

Two years later, FP warned that new law initiated by two Romanian MPs could result in a massive transfer of wealth from the state to private individuals at the Bleak Sea’s largest port, Constanta. FP said at the time that should the law enter force, a new group of “smart guys” would emerge.

Some of the disputes with the government as majority shareholder concerned a capital increase at Posta Romana, part of which was aimed at covering the company’s overdue debts to the budget, and the disbursement of holiday vouchers to employees of national salt company Salrom.

Most recently, FP warned that Hidroelectrica could end up paying 55% higher taxes for the water it uses under amendments promoted by Energy Minister Virgil Popescu and Environment Minister Tanczos Barna. Should the proposal be accepted, it would hike Hidroelectrica’s expenses at a time when the company is preparing to list its shares on the BVB. FP called the change an "unnecessary and unreasonable increase" that pumps money in the pockets of "another state institution”.

Azerbaijani IDPs are eager to return home. But they are uncertain about how their new lives are going to look.

Encounter is “huge” says analyst. However, hopes for a breakthrough in resolving Armenia-Azerbaijan conflict are low.