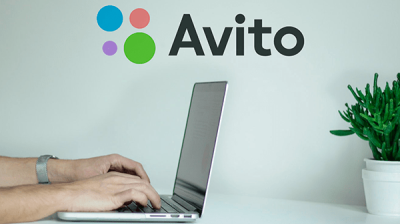 Russia’s Avito topped Similarweb’s list of most visited classified advertisement sites for November 2021, in a sign that emerging markets are taking the lead in this fast-growing sector. / Image: Avito.
By NEO December 16, 2021

Russia’s Avito topped Similarweb’s list of most visited classified advertisement sites for November 2021, in a sign that emerging markets are taking the lead in this fast-growing sector.

Classified ads, which date back to newspapers in the eighteenth century, have moved online and are rapidly becoming one of the largest digital marketplace channels. The ease of listing, low price and ability to target your specific audience make classified ads websites a disruptive technology, especially for small businesses hoping to make a splash.

While America’s Craigslist is the most recognisable online classifieds platform, it’s in emerging markets that the segment is really taking off. According to digital analytics service Similarweb, the most visited classified ads website in the world for November 2021 was Russia’s Avito, which displaced Craigslist from the top spot for the first time.

Avito is billed as Russia’s leading classified ads website, where users can do everything from buy and sell second-hand items to find a job, rent a home or buy a car. The site had almost 280mn visits throughout the month, according to Similarweb. The average visitor stays for 11 minutes, in which time they visit around 12 pages of advertisements.

“Avito is a unique phenomenon in Russia: it has become a household name, like Google worldwide,” said Avito’s CEO Vladimir Pravdivy, commenting on the rating. “This has all become possible because Avito is the country’s largest and most secure platform for meeting a wide range of everyday needs, from buying and selling goods and cars to finding a job and services, renting a home, and much more,” he added.

With six deals made every second, Avito is the most downloaded shopping app in Russia, according to analytics company App Annie. The platform is so popular that a new profession – avitolog – has sprung up in Russia: someone who makes their money on Avito. Some observers attribute this popularity to the rise of conscious consumption in Russia, with people increasingly opting to buy used items or re-home the items they no longer need.

Where most classifieds sites are vertical (exclusively posting adverts related to a certain industry, like jobs or used cars), Avito is a horizontal site which subdivides its listings into a collection of vertical categories. This allows it to benefit from the consumer traction of horizontal platforms while maintaining the pricing power and economies of scale characteristic of a vertical site. Meanwhile, Avito’s integrated delivery service can ship items across Russia’s vast territory from Kaliningrad to Vladivostok, allowing dealers to benefit from the relative lack of infrastructure in Russia’s more remote regions.

Classified advertisements site Sahibinden is the third fastest-growing technology company in Turkey, according to Deloitte. Like Avito, it embraces a range of verticals, from cars to apartments. It also benefits from the growing appetite for environmentally friendly consumption in Turkey. The company is part of the Leaders for Climate Action community, aiming to make the technology industry carbon neutral.

In fact, by fighting fast fashion and encouraging the sale and re-use of second-hand goods, the classified advertisements segment is naturally in step with a growing focus on sustainability. Russia’s Avito calculates that it saved 267 gigajoules of energy and 123 cubic metres of water in 2020 alone by encouraging the second-hand market and preventing the need for new products to be made. It also saved material equivalent to 23 landfill sites from going to waste in the same year – a particularly important theme in Russia, where waste solutions are sorely needed.

In addition to giving a new life to used goods, Avito and other classified advertisements sites also offer new goods, and you can even buy a small business on the site, like a café or a barbershop.

Another emerging-market player, Brazil’s Olx.com, saw trading profit up 139% year-on-year in Q4 2021 as internet traffic soared. It recorded particularly strong performance in motors (with 69,000 car transactions in Q4) and real estate, which signifies a shift in consumer preferences towards buying properties and cars via digital formats. This may be partly down to the expansion of pay-and-ship services, which increase consumer confidence and trust in the arrival of their product on time and in a good condition.

This dynamic segment remains very young, and it is set to keep growing in emerging markets as penetration increases. A survey of market players conducted by Mitula Group found that 84% of participants felt positive about the next few years for the market. The possibilities for future developments are endless, with big data opening up the potential for tailored advertisements or new services designed to grow brand awareness for new companies.

Classified advertisements might call to mind the back pages of a pre-war newspaper, but they’ve returned with a vengeance in a digital guise. Pandemic or no pandemic, this format isn’t going anywhere.