Alexey Navalny’s investigation into Putin’s Palace has been seen by over 50mn people, just two days after its release. This tops the 38mn views on Navalny’s now second most-watched video about Dmitry Medvedev’s real estate holdings, which sparked mass protests in 2017.

Meanwhile, Russia’s telecoms watchdog, Roskomnadzor, says it will fine social media sites such as YouTube, TikTok, VKontakte, and Instagram that do not delete calls for minors to participate in unsanctioned protests.

Of course, Navalny’s YouTube video about Putin’s palace begins with a call to action. And on TikTok, Russia’s youth are prepping for the January 23 protests, teaching viewers best practices to stay safe and how to pretend they’re American if they get arrested.

Roskomnadzor’s new authority to levy such fines comes from the slate of repressive laws that the Duma passed in December (discussed in BMB here). It will be the first time that the regulator exercises such authority.

Aside from cracking down on social media, the authorities are also going after Navalny’s colleagues at the Anti-Corruption Foundation (FBK). Several have been rounded up in Moscow today for inciting unsanctioned protests, while others have received warnings. Among those detained are Navalny’s spokeswoman Kira Yarmysh, and Lyubov Sobol and Georgiy Alburov. 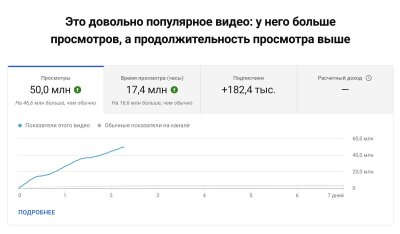 Views of Navalny's "Putin's Palace: the biggest bribe in history" quickly passed 50mn views in 48 hours, his most-watched video ever

Journalist Farida Rustamova has obtained a list of the written proposals Ukrainian negotiators delivered to their Russian counterparts in Istanbul on March 29, 2022. Russia and Ukraine have not ... more

Zelenskiy gives his first interview with Russian journalists: “This is not just a war. Everything is much worse”

Ukrainian President Volodymyr Zelenskiy gave his first big interview with leading liberal Russian journalists since the start of the war via Zoom on March 27. He spoke with the Latvia-based ... more