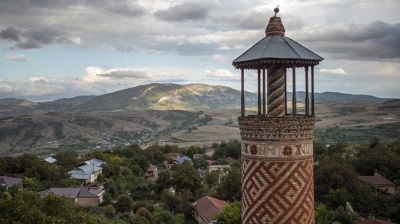 The disputed territory of Nagorno-Karabakh is a small but not insignificantly sized region that generated almost three-quarters of a billion dollars of GDP in 2019, according to the self-proclaimed republic’s statistics bureau.

The territory was under the rule of Azerbaijan at the time of the fall of the Soviet Union, but, populated largely by ethnic Armenians, it seceded amid the 1998-1994 Nagorno-Karabakh War, sparking raw tensions between the two neighbours that have existed ever since.

While the issue driving the conflict that flared up again last weekend is largely driven by ethnicity and territorial rights, the region is also a significant economy.

Before the war reignited on September 27, the local economy was flourishing. It reported growth of 9-10% for several years, according to Ivan Takachev, the economics editor of RBC, but like everywhere else the enclave has been hit by the coronavirus (COVID-19) pandemic and the economy contracted by 1.5% in the first half of this year.

The local economy is surprisingly diverse with agriculture contributing 9% of GDP, mineral extraction 12%, and electricity supply just under 12% in 2019, according to the local statistics office.

Nagorno-Karabakh is self-sufficient in electricity and has been exporting electric power (mainly produced by hydroelectric dams) since 2018 to its benefactor Armenia.

Almost all of the enclave’s economic activity is aimed at Armenia as the western border is closed and staffed with Azeri military along the line of contact which has seen sporadic shooting over the years with the conflict always only precariously “frozen”. The worst incident came in 2016 when the two countries fought a four-day war in which about 100 people were killed, but tensions escalated last autumn too when Azerbaijan significantly increased its military presence along the line of contact. Baku has been using its oil wealth to modernise its armed forces in recent years with weapons largely bought from Russia, but with significant buys from Turkey and Israel.

The main export articles from the enclave are mineral products and precious/semi-precious stones and metals. Exports reached $283mn in 2019 with two-thirds headed to Armenia, where the products are re-labeled “Made in Armenia” and re-exported. Another third of Nagorno-Karabakh’s exports go to Russia. However, during the coronavirus pandemic logistics have become difficult and in the first half of this year all of Nagorno-Karabakh’s exports didn't get any further than Armenia.

And Armenia has been actively propping the region up for years. Half of the enclave’s budget income has been funded by Yerevan in recent years. As the crisis set in this year, Armenia made a “budget loan” to the local government to help fund 70% of budget spending.

The enclave also receives help from the global Armenian diaspora, which sends significant amounts of remittances and aid home, but the actual size of these contributions has never been disclosed.