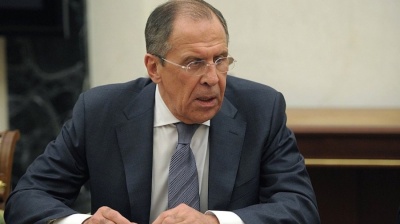 Moscow's anxieties about the possibility of Islamist militants in Afghanistan infiltrating Central Asia, from where they would seek to bring instability to Russia, were expressed by Russian Foreign Minister Sergey Lavrov on March 31.

"The plans of the Islamic State [ISIS] and its supporters to destabilise Central Asian states and export instability to Russia are of particular concern," Lavrov said, as cited by Reuters.

"The build-up of detachments of Jamaat Ansarullah and the Islamic Movement Uzbekistan around the Afghan-Tajik and Afghan-Uzbek borders [is] an alarming sign."

In early March, a US think-tank said sources close to military intelligence in a Central Asian nation had indicated that Central Asia, particularly Tajikistan and Kyrgyzstan, was set to be destabilised in the next four to six weeks with possible Taliban military moves and the infiltration of Islamic State and Al-Qaeda militants. On March 28, the Kyrgyz State National Security Committee (UKMK) said that a militant of the Katibat Tawhid wal Jihad international terrorist organisation, sent from Syria to commit a suicide bombing, had been detained in Kyrgyzstan.

Lavrov was speaking at a conference on Afghanistan in China. China has a short border with Afghanistan. Its other neighbours are Pakistan, Iran, Uzbekistan, Tajikistan and Turkmenistan.

Since coming to power in Afghanistan last August, following the exit of the US and allies from the country, the jihadist fundamentalist Taliban – which is opposed by Islamic State and other Islamist militant groups about which Lavrov expressed concerns – has pushed for its administration to receive recognition from the crisis-stricken country's neighbours.

At the conference, Lavrov also announced that a Taliban envoy who was already active in Moscow has been officially accredited, saying: "I would like to note that the first Afghan diplomat who arrived in Moscow last month and was sent by the new authorities has received accreditation at the Russian Foreign Ministry."

The Taliban is still designated a "terrorist organisation" by Russia, but the Kremlin has on several occasions welcomed Taliban representatives for talks.

Lavrov also observed that growing trade and economic ties between Afghanistan and countries in the region were contributing to potential international recognition for the Taliban administration. Uzbekistan, for instance, is keen to achieve far stronger trade links with South Asia, but for that it requires secure transit corridors through Afghanistan.

Some neighbours, such as Iran and Tajikistan, have made it clear that they would want the Taliban government to include representatives of all of Afghanistan's ethnic minorities before they would consider granting their recognition.

To Russia, its Central Asian backyard forms a defensive buffer against Afghanistan-based extremist groups. The largest Russian military base outside Russia is in Tajikistan. There is another such base in Kyrgyzstan. Since the US pullout from Afghanistan, Russia has been beefing up both of these bases.