MOSCOW BLOG: It's Russia’s cheapest crisis ever and the CBR is still accumulating cash 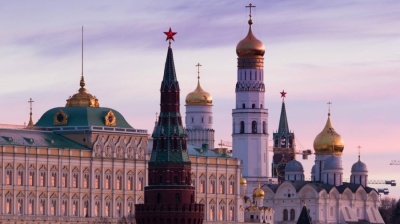 Russia international reserves have risen from $505.4bn in January to $566.1bn as of the first of June, despite being hit by a double whammy of oil price and a stop-shock. With oil back at $40 Russia Inc. is back in profit / bne IntelliNews
By Ben Aris in Berlin June 10, 2020

It's Russia’s cheapest crisis ever and the country is still accumulating cash, despite the coronacrisis

Despite an oil price shock, a two-month lockdown of the entire Russian economy, a 20% devaluation of the ruble and an economic bailout package that is worth 10% of GDP, Russia managed to increase its hard currency reserves by $3.8bn between January 1 and May 31.

So far, the coronavirus (COVID-19) is proving to be the cheapest crisis Russia has ever experienced and despite the huge economic shock the economy has received, Russia Inc. is already back in profit.

The Central Bank of Russia (CBR) has managed to accumulate more than $90.2bn in reserves over the last year, according to the latest data from the Ministry of Finance, and continued to stash extra cash away even in the midst of the current crisis, albeit at a lot slower pace.

So far the CBR has spent a total of just under $7bn from its collective reserves to deal with the aftermath of the various shocks that have hit economy, but that has more than been offset by the appreciation of the two thousand tonnes of gold the central bank holds as part of its cash reserves.

That is an enormous change from previous crises. Russia spent $212.8bn of its $596bn of total reserves to prop up the ruble and bolster the economy in the first nine months following the 2008 global financial meltdown, which is said to be less painful than the current coronacrisis.

Likewise, Russia spent $90bn of its $454bn of reserves in 2014 to cushion the blow during the last oil price shock, when both the value of the ruble and the price of oil halved in just a matter of months.

And neither of these two crises come anywhere close to the crises of 1991, when the Soviet Union collapsed, and 1998, when Russia’s financial sector entirely went into meltdown. The end of communism effective bankrupted the country completely and in the aftermath of 1998 Russia had a mere $8bn in hard currency reserves, much of which was stolen in the form of bailouts for the leading oligarch-owned banks, who promptly whisked the money away into offshore havens.

With a price tag of a mere $7bn, so far this coronacrisis has cost the CBR lunch money and won’t make any noticeable dent in its cash mountain at all.

A large part of the increase in the value of Russia reserves is due to a revaluation of gold, as the CBR has accumulated 2,299 tonnes of the yellow metal as of March this year, which the CBR has valued at $127.6bn as of the start of June, or $17bn more than at the start of this year. The CBR has been actively buying gold since 2007 (and in parallel selling down its dollar-denominated assets like US federal T-bills) as it tries to unhook itself from dependence on the dollar. Today monetary gold accounts for 22% of Russia’s total reserves of $566.1bn as of June 1, up from $554.4 as of January 1 this year.

Gold prices always do well in a crisis, which is part of the reason the CBR has bought so much, but since oil prices bounced back in the last week, Russia could go back to accumulating reserve cash by more traditional means. Oil prices are up since the OPEC+ production cut deal, which will reduce output of oil by 9.7mn bpd, that Russia signed off on April 13, which was then extended last weekend to the end of July.

Oil prices have recovered remarkably fast after the OPEC+ deal was agreed, breaking above $40 to the barrel again, back into the Kremlin’s “comfort zone,” according to the Finance Ministry.

Russia Inc. is back in profit with $40 oil, which is the price a barrel needs to cost for the budget to break even. In addition, at $42 per barrel Russia will start accumulating money in its reserve fund, the National Welfare Fund (NWF), as under the so-called budget rule, any oil tax revenues earned from oil prices over $42.4 have to siphoned off into the NWF.

The NWF is there to cover any budget deficit in a crisis and the Finance Ministry was intending to tap the fund, which held RUB12 trillion ($174bn) as of the start of March, to cover an anticipated deficit of RUB3 trillion this year. The reserves fell to RUB9 trillion in May after the Ministry of Finance used part of the funds to buy a stake in Sberbank, the biggest bank in Russia, from the CBR – a backdoor route to give the CBR a war chest of cash it could use to defend the ruble if needed – but still leaving at least three years worth of cash in the fund to cover a budget deficit.

Still a crisis price to pay

That is not to say this crisis is not going to be painful, and the government is going to have to spend heavily to get Russia Inc. back to work. Rosstat reported this week that the basic sectors – a good proxy for GDP – were down by 10% year on year in April and that the consumer orientated sectors are all down by at least a third or more.

Last week Prime Minister Mikhail Mishustin unveiled the latest version of the National Plan for Economic Recovery (NPER) that calls for some RUB5 trillion ($72.8bn) of spending, or 7.8% of GDP. However, much of this money is simply funds that were already committed under the current budget to pay for the 12 national projects and which are now going to be re-tasked to stimulate the economy or support the social sector.

Bottom line is, the 2% of GDP budget surplus will disappear and the government will run a 0.5% of GDP deficit, plus the Ministry of Finance intends to borrow an extra RUB2 trillion ($29bn) from the domestic bond market on top of the RUB2 trillion already pencilled into the current budget, to help pay for the NPER. Again, that means the reserves will remain a last line of defence and if Russia Inc. continues its rebound there is a good chance that the Kremlin will end this year with even more cash in reserve than it has now.

As reported by bne IntelliNews, the economic rebound in Russia is already visible after the ruble has clawed back much of the ground it lost in the last two months against the dollar. At the same time, if there is a deficit this year the ministry also now has the option of financing it by issuing Russian Ministry of Finance ruble-denominated OFZ treasury bills, which are increasingly seen as a safe haven by international investors thanks to Russia’s rock solid finances. Indeed, over a third of the foreign investors in the OFZ are from the US, where the bonds have proved to be a popular investment with institutional investors such as insurance companies and pension funds.

As a sign of how popular these bonds are, the yields on the OFZ have dropped 300 basis points in just four months to 5.4% as of the start of June after briefly spiking to 8.4% in March. A third of the outstanding OFZs are currently owned by foreign investors.

In previous crises there has always been an army of doomsayers predicting Russia will run out of money, but not only have they been proved wrong, the opposite has always happened. In 2014 Russia did spend down its then Reserve Fund completely, but the NWF, which was originally intended to cover future pension payments, was simply re-tasked as a general economic support fund to replace the Reserve Fund.

Given the RUB12 trillion in the NWF at the start of April, Finance Minister Anton Siluanov said there was enough in the state’s coffers to cover the budget for ten years, even if oil prices remained as low as $25 per barrel. However, within a few weeks as the scale of the coronacrisis became more apparent, Siluanov walked those statements back and said the fund would cover some three years of deficits, without the need to cut budget spending or raise taxes. Now that oil prices are back in the Kremlin’s comfort zone it could well be that the Ministry of Finance doesn't need to tap the fund at all.

Romania’s public debt hits 50% of GDP at end-May
The birth of a Kazakh banking empire: ATF Bank
Russian GDP contracted by 4% y/y in the second quarter of 2022