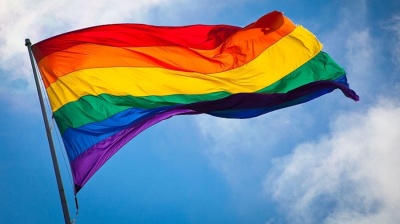 The 10th jubilee Montenegro Pride march was held on October 8 in Podgorica with the message that society must respect basic human rights. The march was held despite opposition from the Serbian Orthodox Church in the country.

Montenegro is a conservative society, where Pride marches initially were marred with violence, but after the country launched EU accession talks the authorities supported such events.

However, there remains strong opposition within the country. The Serbian Orthodox Church in Montenegro called the Pride march “debauchery” and “immorality”. Metropolitan of the Serbian Orthodox Church in Montenegro Joanikije II invited people to gather to the "prayer for the salvation of the family and the sanctity of Christian marriage" on October 7, the day before the march.

The Pride march, organised by LGBT organisation Queer Montenegro, was held under the slogan "No more buts".

Head of Queer Montenegro, Danijel Kalezic, said that the 10th Pride is being held at a time when society is polarised and divided in many ways.

"We saw the decision-makers who are against Pride. There are more of us than those who want to deny us our rights. They cannot defeat us in any way,” Kalezic was cited by broadcaster RTCG.

On the occasion of the pride parade the government building and the residence of the president of Montenegro, Milo Djukanovic were lit up in the colours of the rainbow.

The British and the US embassies in Podgorica also supported the event.

“British embassy in Montenegro proud to be a sponsor of (maybe) the biggest PodgoricaPride ever! Standing up for tolerance and freedom,” ambassador

British Embassy @UKinMontenegro proud to be a sponsor of (maybe) the biggest #PodgoricaPride ever! 🏳️‍🌈

Standing up for tolerance and freedom.

Never more important in a world of increasing tension and conflict.

“So happy to participate in the 10th Montenegro Pride parade in Podgorica today! I walk proudly with the Montenegro’s LGBTQ community. Happy Pride!,” US ambassador

So happy to participate in the 10th #MontenegroPride parade in Podgorica today! I walk proudly with the 🇲🇪 #LGBTQI community. Happy Pride! 🌈 #nemaviseali pic.twitter.com/lyYaEq0AbS

The Podgorica Pride march took place several weeks after the EuroPride 2022 event in neighbouring Serbia, including a march that also met with strong opposition from the Serbian Orthodox Church and rightwingers.

Montenegro was assessed as having  the best legal and policy environment for LGBTI people in the emerging Europe region, according to the 2021 Rainbow Europe Map and Index from International Lesbian, Gay, Bisexual, Trans and Intersex Association in Europe (ILGA-Europe).

The LGBTI rights organisation ranks 49 European countries based on the legal and policy situation of LGBTI people in the annual index.  EU candidate country Montenegro was the top ranked country from the emerging Europe region and was only outperformed by 10 West European countries (Malta, Belgium and Luxembourg top the list).

Majority of Montenegrins want early election to exit political crisis, poll shows
European Parliament calls for ‘reenergised’ enlargement process – but only for countries that back Russia sanctions
Ukraine faces one of worst declines in GDP from a war, says EBRD