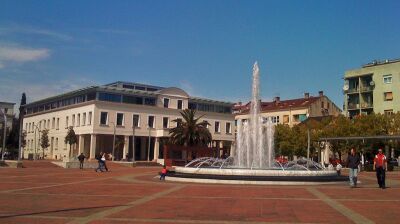 Prva Banka has been at the centre of controversy in the past, when anti-corruption NGOs dubbed the bank the “personal ATM” of Djukanovic’s family and close allies.

After three decades in power for Djukanovic’s Democratic Party of Socialists (DPS), the party failed to form a government after the August 2020 general election. Montenegro’s new government was appointed by a broad coalition of small parties united mainly by their desire to remove the DPS from power. The government says it wants to tackle DPS era corruption and the move against Prva Banka was not unexpected as ministers have repeatedly criticised previous governments for supporting Prva Banka with loans or deposits from state-owned companies.

The move might threaten Prva Banka’s liquidity as another €19.5mn might be withdrawn by the end of the year. If that happens, Prva Banka’s daily liquidity coefficient could fall to 0.93, which is very close to the 0.9 minimum, Vijesti reported.

“The bank does not have specific information what is the intention of deponents regarding those deposits but it does not expect withdrawal of full deposits. The mentioned details could indicate possible lack of predictability that could cause doubts about the bank’s ability to continue operating with stability,” Vijesti quoted the report as saying.

It also added that the bank’s management does not consider the possible withdrawal of deposits as a risk for its stability.

In 2016, MEPs called for pressure to be put on the Montenegrin authorities to start an investigation into Prva Banka over allegations the bank had been involved in money laundering.

The call followed a 2012 report from the Organised Crime and Corruption Reporting Project (OCCRP) on the bank showed the concerns raised by the Montenegrin central bank about Prva Banka’s lending practices ahead of the global financial crisis and its bailout by the government and a €100mn deposit from Italian company A2A after it’s investment into Montenegrin power company EPCG.