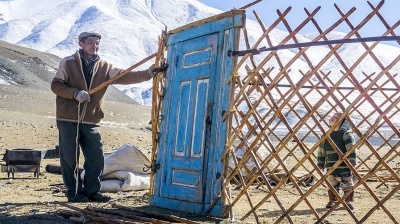 Mongolia’s forex reserves fell by as much as $1.2bn to $3.3bn between the end of 2021 and mid-April this year, with the reduction likely attributable to an increase in imports over exports. For a small developing country like Mongolia, the trade balance is a serious matter because exports are used to obtain dollars and imports must be paid for in dollars. Over the past two Covid-hit years, exports have been down and international tourism has been non-existent. Consequently, fewer dollars have been coming in, and now more dollars are going out.

Mongolia is thus facing two, somewhat related, problems: price inflation and a shortage of dollars. The World Bank calculates that Mongolia’s current inflation rate stands at 7.25%, while the consumer price inflation (CPI) index—reflecting prices paid for a basket of necessary goods—rose to 147.20 points in March, an increase of roughly 10% m/m. The prices of some goods have gone up more than the prices of others, of course. Food, for example, is up 18% y/y. Fuel has shown one of the most shocking price hikes. The average price of gasoline, in the first quarter of this year, increased 64.8% y/y.

Local people are noticing this increase in the cost of living. “We have 18% inflation right now,” said Mintu Nath, who works as an accounting advisor in Ulaanbaatar. “If you’re paying in tughrik, you’re paying more tughrik each month,” he said. People who get dollar salaries do not feel the inflation, he explained, because they receive more tughrik as Mongolia’s currency depreciates. They likely notice that they are paying more tughrik for the same goods, “but the people who really feel it are those being paid in tughrik,” he said. Not only does a local-currency salary buy fewer groceries each month, but citizens who hold their savings in tughrik are watching their reserves dwindle.

The owner of Credit Dash blamed the price inflation on the government printing money during the pandemic, as well as on supply-chain disruption caused by China’s “Zero-Covid” policy: “Covid has messed everything up… before Covid I would order something from China and it’d usually arrive within 10 days. Now, because of the stupid lottery system or something at Erlian [on the China-Mongolia border], it takes upward of three to four weeks for me to get my packages. Just imagine how much damage this is doing to businesses.”

Galsanbat Narantogtoh, manager at Uran Uurgach, similarly blamed China. “Products are being held up unnecessarily long at Erlian. This is most likely causing a shortage of various products and raising the price of goods,” he said. Solongo, a senior manager of business processes at Ard Securities, estimated that due to border closures and higher fuel costs, transportation costs have “increased by 1.5 times…According to statistics, product prices have increased 15-20%, but from experience they’ve increased by 70%.”

As the tughrik depreciates and the cost of imported goods rises, Mongolians are scrambling to park their money in dollars. Turbold, an employee at Oortsogiin Hondii, a non-bank financial institution, reported that, “Mongolia is running out of dollars, and it’s happening fast. The number of people we get trying to buy dollars has increased.” Similarly, Sharav Battur, a manager at the Nomin-Tsengel currency exchange said that: “The tughrik has been going down, not just against the dollar, but against many other currencies, too. Mongolia has run out of dollars.”

Mintu Nath explained the difficulty facing the tughrik, a small, volatile currency: “At one time, the government said that they wanted to strengthen the tughrik by making everything in tughrik… prices would be quoted in tughrik. And I said, ‘I cannot [do this] because I’ll be losing money.’ Make a contract today, and by the time you’re working, it’s already lost value. And most of your jobs are dependent on imports which are in dollars, so you cannot even estimate costs in the future. We waited a few months and that policy just disappeared.”

Several bankers mentioned cryptocurrency as a means of preserving value or stabilising exchange rates. Solongo said that because they were unable to buy dollars and the tughrik was losing value, people were moving into cryptocurrency. Mintu, however, pointed out: “They think the solution can be blockchain, but if your currency is collapsing how can you afford to buy cryptocurrency?”

The government is hoping that the dollar crunch will be alleviated soon. A number of large injections of dollars are expected in the coming weeks. The finance minister said he was expecting reserves to increase by $600mn as advance payments for mining operations came in from overseas.

Bataa, owner of Arvijih Guur, a non-bank financial institution, said that the interest he earned on his savings account had decreased since the start of Covid-19. Bilguun, a department head at Golomt Bank, confirmed that interest rates were already low prior to the pandemic, discouraging savings and ultimately reducing the amount of money in the banks. Interest rates were further reduced during the outbreak to encourage spending and increase the supply of money in circulation.

Saying that many businesses were on their last legs, Nomin-Tsengel’s Sharav Battur complained: “If the government doesn’t resolve this problem, many companies will go out of business.”